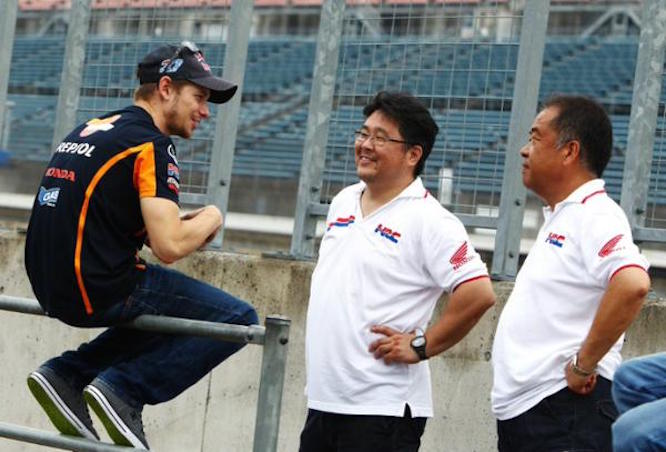 Talking at a press conference in Jerez yesterday, Nakamoto all but ruled out any replacement rides or wildcards for the Australian this year but said he could return in 2016 should they need him.

Stoner got in touch with Honda about replacing Dani Pedrosa at Austin and Argentina, with the Spaniard out for an operation on his arm, but the request was denied as the Japense factory didn’t think they had the time to pull things together.

“I would like to see Casey fighting for the podium, but we don’t have time to prepare the team and everything”, Nakamoto said.

Pedrosa has said he will not return to racing unless his long-standing arm-pump problems are resolved, leading to speculation Stoner could take a replacement ride later this year.

“Everything is possible”, said Nakamoto, but he also insisted that the current plan should Pedrosa not be fit to return for Le Mans in two weeks time is to continue with HRC test rider Hiroshi Aoyama.

“Realistically if we need him, Casey comes back next season, not this season. We have no time”, Nakamoto-san concluded.