Laverty disappointed to miss out on Aprilia MotoGP call-up 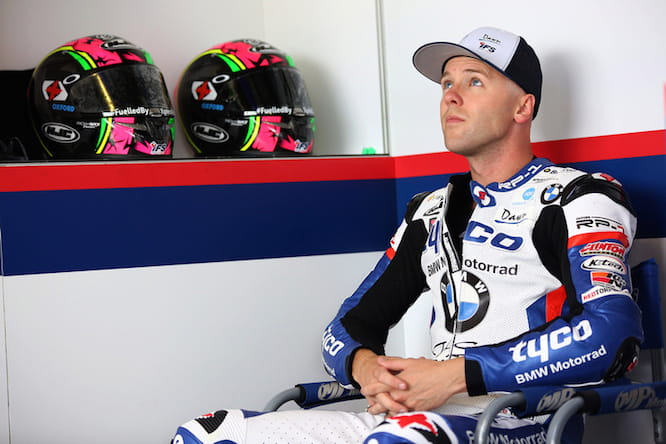 Michael Laverty has said he is ‘disappointed’ that he won’t get another chance to race Aprilia’s MotoGP bike this year after Aprilia signed up Stefan Bradl to complete the season.

The Ulsterman stood in for the departed Marco Melandri at the Sachsenring last month and showed promise on the RSV-GP machine.

With a clause in his British Superbike contract with Tyco Suzuki allowing him to do Grand Prix wildcards, Laverty looked set to do a few more rounds with Aprilia until the Noale factory signed up Bradl, who became available following the troubles faced by Forward Racing.

While Laverty says he’s disappointed not to get another go, he admits it is probably for the best as his Tyco BMW team weren’t too thrilled with the idea.

“It was going to cause complications with my BSB ride and that is my priority,” said Laverty talking to Bike Social at Thruxton. “I signed a contract to race for the championship here.

“The one thing that disappoints me is that one go is hard when you jump on someone else’s bike for one weekend and you spend the whole time trying to get comfortable. I didn’t match the pace I did last year on the PBM bike and the Aprilia has much more potential with the advances they’ve made this year so I’d have loved to have at least another go just to see what I could do. 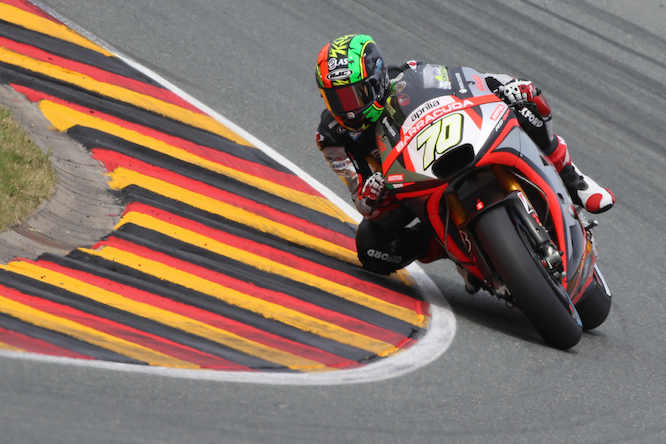 “I can completely see why Aprilia have put Bradl on it, they needed someone to finish the year so just to have me on it for one or two more races is a bit pointless.

“I’ll still be doing test riding with them so that’s ok, but it would have been nice to have at least done Silverstone but that’s the way it goes. I would doubt there’s any chance of a wildcard. To be fair, the BMW guys, although I agreed it in my contract, weren’t too happy about me doing it when it came down to it so I’ve got to know what side my bed is buttered and look after my priority here.”

It’s been a tough year so far for Laverty in British Superbikes with little success in the first seven rounds. Despite this, he remains confident of fighting for wins in the near future.

“It’s been a development year and we expected to be further forward than we are now,” he admitted.

“We’ve got a test this week at Cadwell and a few updates to try so if I can improve my feeling with the front and the rear of the bike we can start to move towards the sharp end consistently.”

Laverty finished ninth and sixth in this weekend’s two races at Thruxton, moving into a solid fifth place in the championship standings meaning he remains in contention for the showdown.

“We’ve got to the point where we are there or there abouts, consistently in the top five but I predicted this weekend would be a tough one and I called it right. I tried to be positive but I knew what we were in for. Tommy dealt with it better than I did, he’s more aggressive with the bike and I’m much more smooth.

“Hopefully we can go to Cadwell and Oulton and secure that showdown spot. If the updates work, and I’m assuming they will, I think we can start challenging for wins. We’ve got the pieces of the puzzle we just need to put them together.”