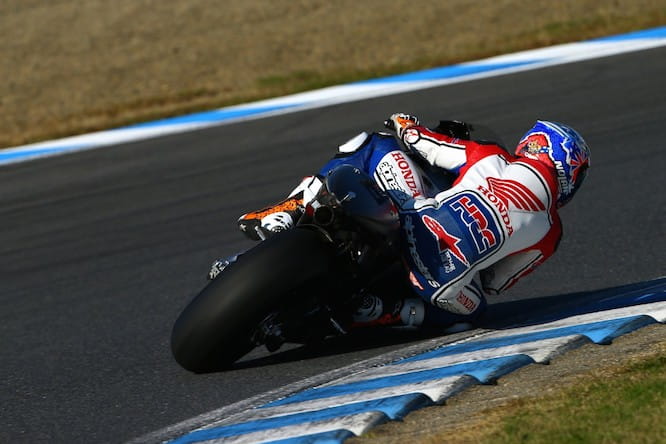 Two-time MotoGP champion Casey Stoner has clinched a deal to continue in a testing role for Honda Racing this year.

Stoner retired from the sport at the end of the 2012 season after a relatively short career, which saw him take two world titles with two different manufacturers – Ducati and Honda.

The Australian first took on a testing role with HRC in 2013 alongside competing in the V8 Supercars series. Despite announcing that he would be taking a year out from riding in 2014, Stoner headed to Motegi last October to test Honda’s 2015 RC213V on Michelin tyres.

He’s now set to complete at least two more tests this season, with the first in Sepang between 29-31 January - just a few days prior to the official MotoGP test.

"After having a long break from riding, it was refreshing to get back on a bike a few months ago," said Stoner.

"Now after a relaxing Christmas and New Year I'm happy to announce that I've been speaking to Nakamoto san and we have come to an agreement in continuing our relationship.

"I am currently preparing to ride in Sepang in a few weeks - which will be very different weather and humidity to Motegi - so I need to get myself fit."

HRC Executive Vice President Nakamoto added: "We are very happy to be able to start 2015 by announcing the continuation of our relationship with Casey and keep him in the Honda family.

"The feedback he gives HRC is invaluable and we are fortunate to have a test rider capable to push the RC213V to its limits."