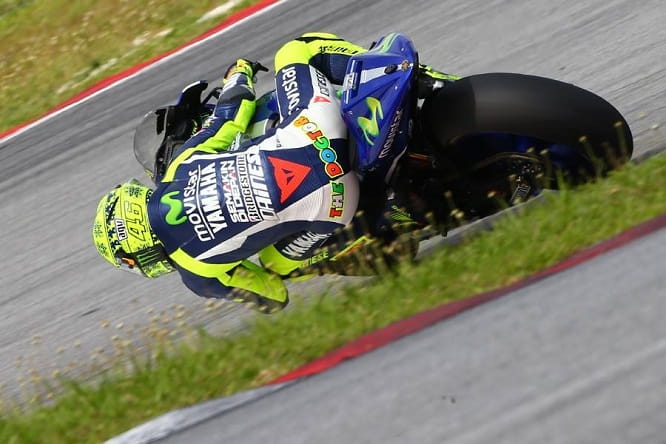 Valentino Rossi has said that he can see his former Ducati team fighting at the front this season.

The comments come after Andrea Dovizioso put in some impressive lap times on the second day of the Sepang test to place second on the timesheets behind Jorge Lorenzo.

Dovizioso and teammate Andrea Iannone are currently riding a developed version of Ducati’s Desmosedici GP14, dubbed the GP14.3 as they await delivery of Gigi Dall’Igna’s radically re-designed GP15 at the next test.

As the team has not won a dry race in the past 2 years, they are permitted to run with Bridgestone’s extra soft option tyre which Rossi, who had two tough seasons with Ducati in 2011 and 2012, seems to take issue with. 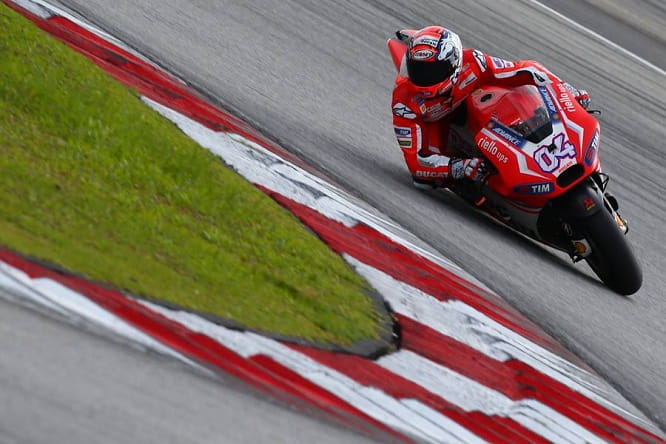 “Ducati are fast,” the Italian said in Sepang. “They have the advantage of the extra soft tyre and this was maybe good when the Ducati was slow but now I don’t understand exactly why.

“I think they are not very far off, especially Dovi but also Iannone. It now depends if they are able to make a step with the new bike. If the new bike is better, yes, they can fight with us.”

Rossi set the second fastest time on Day 1 in Sepang but struggled today, lapping some seven tenths off his Yamaha teammate Jorge Lorenzo at the top of the timesheet and slower than he had on Wednesday. The Italian put his difficulties down to chatter and vibrations, which he says was fixed in the afternoon but this upset the balance of the bike.

“Today we were struggling a little bit more, especially with the chattering this morning, it was a big problem. From the beginning I was not able to ride 100%, in fact on the lap with the new tyre I was slower than yesterday and I expected to go faster like Jorge did.

“In the afternoon we fixed the vibration but we had to change a lot of the balance on the bike, in the end I was not very satisfied.”