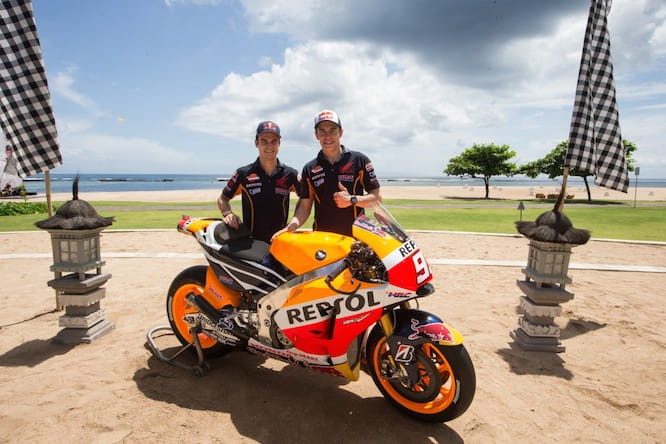 The Repsol Honda team unveiled their 2015 livery on the tropical island of Bali this morning ahead of next week’s Sepang tests.

While the livery hasn’t varied much from last year, one key difference is the prominent Red Bull branding, the Austrian energy drinks firm having upped their support for the team this season.

“It’s been a long and busy winter break and now I’m really looking forward to starting the season,” said Marquez at the launch. “It’s great to be able to present our new bikes in Indonesia, together with our partner Astra Honda, it’s such a beautiful backdrop. It’s my first time here in Bali and it’s wonderful to see all the fans here and feel their enthusiasm for MotoGP." 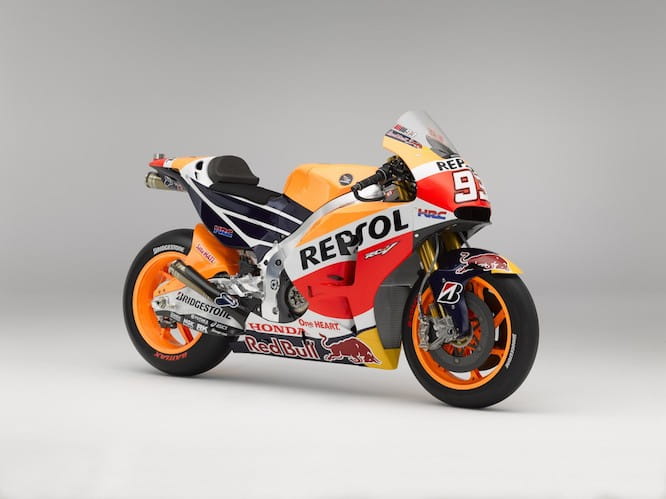 Tomorrow we leave for Malaysia, I’ve trained a lot during the last month to prepare myself for these first two tests in Sepang and I’m excited to be with my crew again and see how the new bike is working after the Valencia test.”

The Sepang tests, which get underway on Tuesday, will be vital for the Repsol Honda team after both Marquez and Pedrosa were unhappy with the 2015 RC213V in Valencia.