Scott Redding is riding in his second season in the MotoGP class this year aboard the Estrella Galicia Marc VDS Honda RC213V. Riding one of the best bikes in the world, the British star has big expectations for 2015.

Despite hoping for a better turn of fortune as the second half of the season got underway at Indianapolis, Redding continued to struggle. A tough qualifying session saw him start Sunday’s race from just 13th on the grid and a severe lack of feel left him 13th in the race having climbed as high as 9th early on. Read what he had to say here in his latest blog for Bike Social. 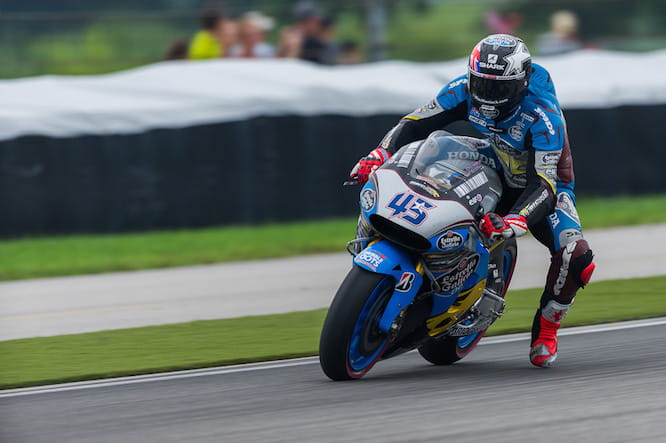 "My start was pretty good. I was in the right place in the first few corners and made some good moves but when the guys started putting the lap times in I couldn't hold it. I don't know why. I just kept losing the rear on the exit for a few laps.

We struggled for a lap time this morning, we had quite a loose feeling in the rear, then it was pulling the front. The race was better, but I still had the same problem. I just couldn’t go faster. I was trying and trying but I just kept making mistakes every time I tried to improve.

I just felt like I was floating all the time, like I’d come in and the rear wants to come around and the front wants to pull away, I get on the gas and it’s just not digging in.

It’s OK at first and then as soon as you’re on the gas more it’s gone. I really struggled for that and then the front started to close from the middle to the end of the race. It was a brawl all the way through to the finish. 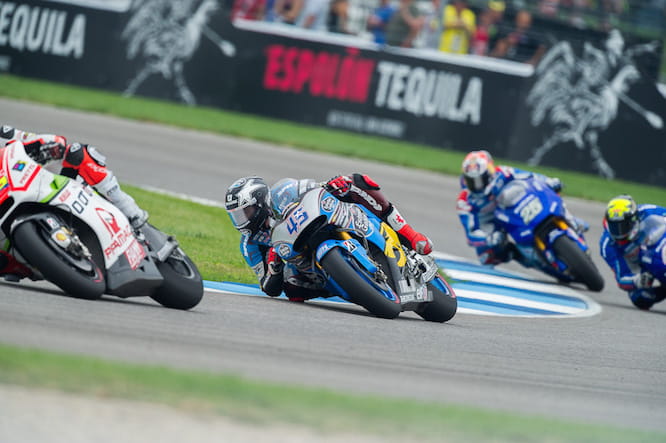 I just couldn’t make it work anywhere. It’s frustrating because in the practices we were holding mid 1’33s which would have been in the second group but I just couldn’t do it in the race. Each time I tried I made a mistake, went wide, and I just had to settle for 1’34s and that was frustrating as I knew what I was able to do.

I never feel at any point that the bike is in line. As I go in the corner, I’m sliding all the way through the corner. We need something for Brno.

When I was behind Danilo Petrucci, I think I was tenth or something with Cal and Hernandez behind, I had two or three moments. I was trying to get on the gas but I just couldn’t turn the bike. It was like I’ve got it, I’ve got it and then it was gone. I was thinking f**k it, it was three time so I backed the pace down a bit and tried to do the best with what I had.

Cal was carrying more corner speed than me, and the exit was more controllable. I was struggling all weekend with mid corner speed compared to the other guys, because I'd go in and I'd just feel like I'm floating all the time.

I don't really know what to expect at Brno now, just go out and see what the feeling is. I think the guys have a few ideas to try something, but I can't say now what we're going to do."