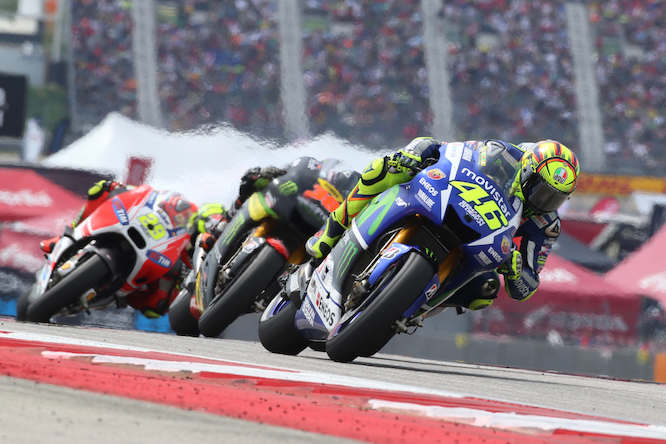 MotoGP returns this weekend after the three-week summer break. Fans' favourite Valentino Rossi leads the championship by 13 points over team mate Jorge Lorenzo after Yamaha dominated the first half of the season. Marc Marquez hasn't had things his way this season but after his victory last time out at the Sachsenring he now sits fourth in the championship behind Andrea Iannone.

However, after a poor start to the season the reigning world champion sits 65 points behind championship leader Rossi.While this gap isn't insurmountable, the Spaniard faces a tough task if he's to bridge the gap but where else better to start than Honda strong-hold Indianapolis.

RCV-mounted riders have won at the iconic American circuit for the last five years and while Honda have struggled this year, there are certain circuits that still suit their style and Indianapolis is one of them. With this in mind, Marquez will be looking to take advantage of this and scoop as many points as he can.