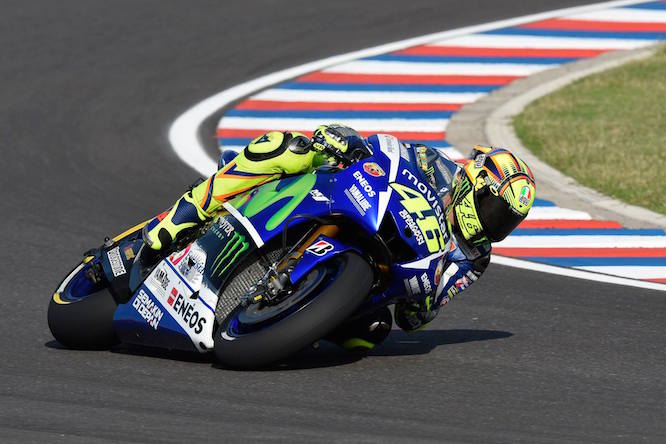 Valentino Rossi has taken a shock victory in the Argentinian MotoGP as Marc Marquez dramatically crashed out of the closing stages.

Aleix Espargaro took the holeshot on the Suzuki ahead of Marquez, Jorge Lorenzo and Cal Crutchlow. Marquez took the lead by the end of the lap with Lorenzo moving into second.

Marquez soon built a gap at the front but the battle for second was far from done, with Dovizioso and Iannone joining Crutchlow, Dovizioso and Lorenzo.

There was drama on lap 7 as Yonny Herndanez’s Ducati Desmosedici set on fire. Unbeknown, the Columbian continued riding until his rear tyre burst, forcing him off the track.

By lap ten Rossi had fought through to second, ahead of Dovizioso and Iannone with Crutchlow close in tow.

Marquez had established a clear lead with eight to go while Rossi and Dovizioso fought it out for second. Crutchlow moved into fourth ahead of Iannone. 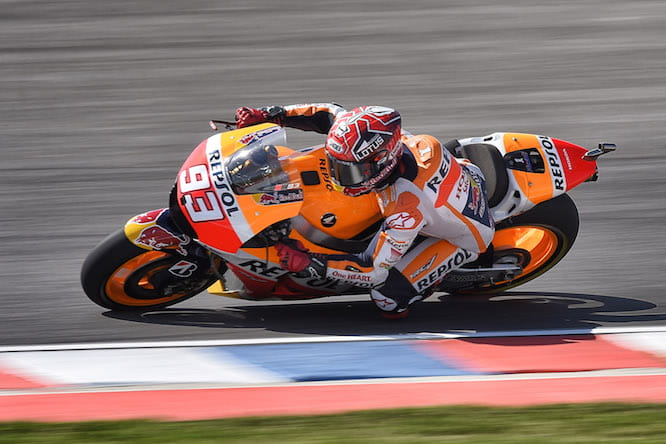 On the hard tyre as opposed to the extra-hard, Marquez’ pace began to drop in the closing stages with Rossi, on the extra-hard, closing in on the Spaniard at a rate of 0.5sec per lap.

With three to go, Rossi was right on the Spaniard’s rear end, eventually making the pass into the second corner on lap 23 but Marquez came straight back on him. Rossi secured the lead a few corners later, Marquez pushed hard to return the pass but collided with the Italian and fell from his Repsol Honda.

This left Rossi to take a comfortable victory ahead of Dovizoso with Cal Crutchlow just beating Iannone to third at the line.

Lorenzo took fifth ahead of Bradley Smith and the Espargaro brothers, led by Aleix on the Suzuki. Scott Redding and Maverick Vinales rounded out the top ten.