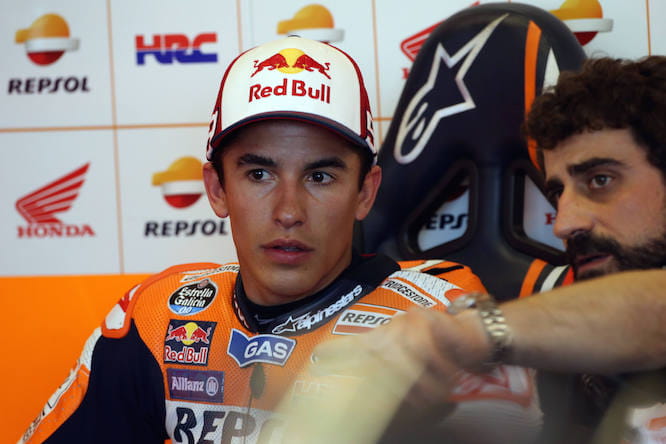 Repsol Honda duo Marc Marquez and Dani Pedrosa are likely to race at this weekend’s fourth round of the 2015 MotoGP World Championship at Jerez despite sporting injuries.

Marquez suffered a broken finger in a training accident this weekend after a fall from his dirt track bike resulted in another bike running over his hand. The Spaniard underwent an operation on Saturday to fix a titanium plate to his little finger.

While this did put the reigning champion’s participation in this weekend in doubt, it is now thought Marquez will ride Friday’s practice sessions to assess his fitness before making a decision on whether to continue for the rest of the meeting.

“Marquez attended the casualty department of the Hospital Universitario Quiron Dexeus having suffered a crash in training on Saturday morning”, said Dr Xavier Mir, who operated on the 22-year-old. “The patient presented a derformity to the little finger of his left hand and a subsequent X-Ray showed a fracture of the proximal phalanx, with displacement. Therefore, we decided to treat the injury – as we would in the case of any other partient – by fixing a titanium plate to his finger. This will allow us to initiate functional recovery after 24 hours and give him a chance of racing at Jerez.” 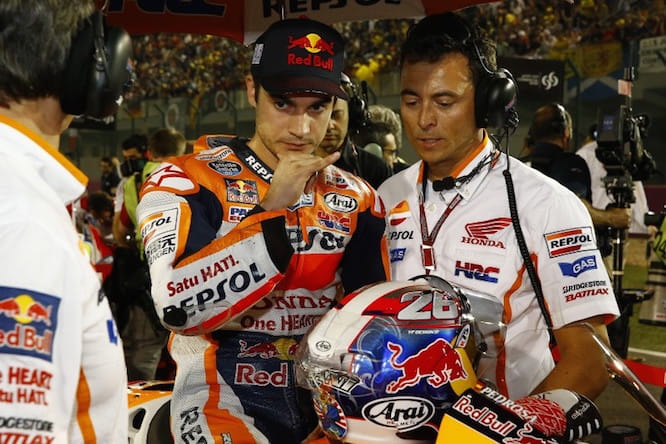 Dani Pedrosa opted to take some time way from racing after a long-suffering arm-pump problem seriously hampered his performance in this year’s opening round at Qatar.

The Spaniard underwent risky surgery earlier this month and is now said to be considering a return to action this weekend. He will take part in a supermoto race this week to assess his fitness before choosing whether to try Friday’s practice sessions.

HRC test rider Hiroshi Aoyama has stood in for Pedrosa at the last two rounds, but with Valentino Rossi now sitting 33 points ahead of the highest placed Honda in the championship, the team could be tempted to replace Pedrosa with someone faster should he choose not to ride. One person on standby could be two-time World Champion Casey Stoner who has expressed interest in standing in for his former team-mate.