McGuinness charges to victory in TT Zero with 117mph lap

McGuinness told Bike Social yesterday that he was desperate to win the Zero challenge this week, having ruled out any chance of victory in the other outings because of his wrist injury. Giving it everything he had, McGuinness charged ahead to increase his lead at each check-point on the one-lap dash. 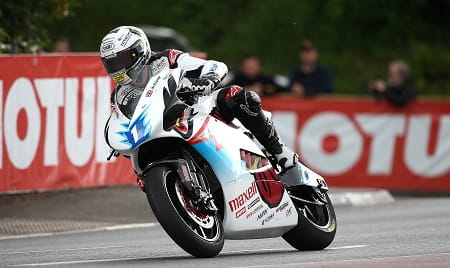 Last year’s lap record of 109.675mph had already been well and truly smashed in practice, with McGuinness recording a 115mph lap in practice on Monday. Mouths were left wide open today as the Morecambe Missile managed to circulate the 37.73mile course at an average speed of 117.343mph.