Gary Johnson took victory in the first Monster Energy Supersport TT race this afternoon after a titanic battle with Bruce Anstey throughout the race, which was delayed after bad weather overnight.

After a strong performance throughout practice week, Gary Johnson took the early lead on the first lap of the first Monster Energy Supersport TT race ahead of the Hondas of Bruce Anstey and Michael Dunlop. Johnson’s lead was up to two seconds at the Bungalow.

Anstey took the lead for the first time at Glen Helen on the second lap, ahead of Johnson by just 0.8 seconds. Johnson didn’t have an all too smooth pitstop on the Smiths Triumph, with Anstey gaining one second on the Lincolnshireman in the pits but a rapid first sector saw Johnson re-take the lead by Glen Helen on lap three. 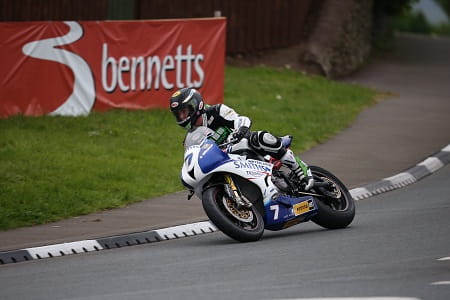 With the pair separated by just 0.3 seconds at just over half distance, the race was well and truly open. Johnson pulled a lead of two and a half seconds half way round the first lap but Anstey pulled time back on Johnson on the second half of the lap.

Johnson’s lead was at its greatest (four seconds) on the final lap at Glen Helen, but Anstey was pushing hard towards the end of the lap. It was disappointment for Conor Cummins who disappeared from fourth place on the timing sheets at Ramsey Hairpin on the final lap. Just 0.028 seconds separated Johnson and Anstey at the Bungalow on the final lap. Rain began to fall on the mountain mile, unsettling Anstey a little and Johnson crossed the line just 1.5 seconds ahead of the flying Kiwi. Michael Dunlop brought it home in third ahead of MarTrain Yamaha’s Dean Harrison in fourth. Guy Martin, James Hillier, Lee Johnston, Michael Rutter and Keith Amor rounded out the top ten. 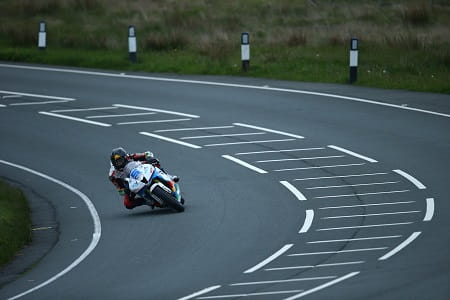