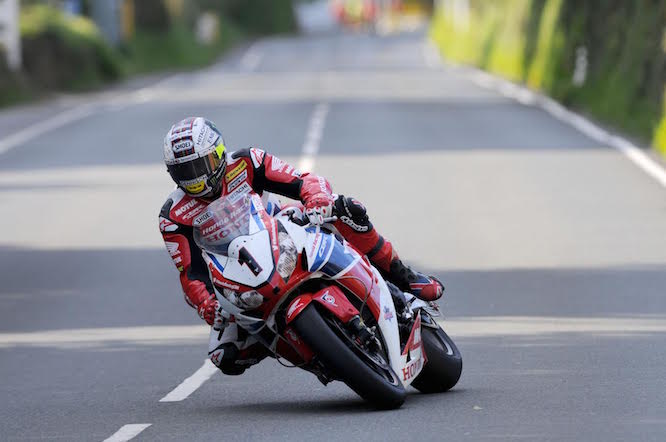 After storms battered the Isle of Man yesterday forcing the cancellation of Monday’s opening sessions, the Superbike, Supersport and Superstock TT classes finally got their first laps of the mountain course this evening.

The session was untimed, with most riders heading out for the first time this year as only the Lightweight class was out on Saturday.

After yesterday’s high winds and rainfall, the Isle of Man was relatively clear although a short shower did threaten the evening’s proceedings early on. Fortunately it soon passed through allowing the 1000cc bikes their first session. John McGuinness headed out on his Honda Racing superbike alongside teammate Conor Cummins and Guy Martin took his first run on the Tyco BMW S 1000 RR superbike while his teammate William Dunlop and Mar-Train Yamaha’s Dean Harrison opted for their stock machines. 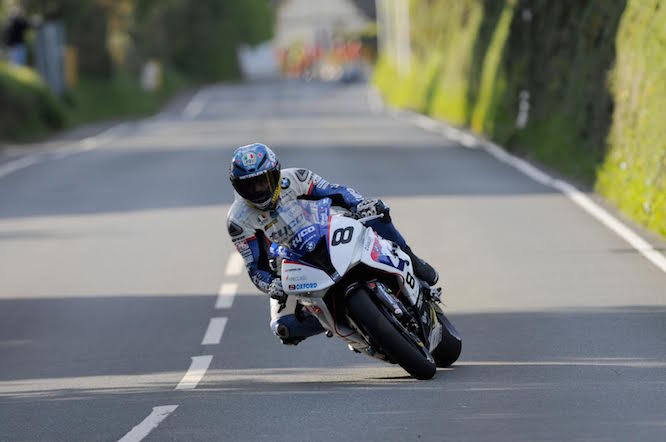 Michael Dunlop put a lap in on the Milwaukee Yamaha R1 superbike before switching to his MD Racing R6 for another.

Unfortunately the rain came again mid-way through the supersport and lightweight session, bringing waved yellow flags out across the course to bring the bikes home.

Clerk of the Course, Gary Thompson had hoped to get the sidecar class out when the weather passed but a fuel spillage at Laurel Bank brought an end to the evening's proceedings.

The first timed sessions for the big bikes will take place tomorrow with weather forecasts predicting much better conditions.