By Michael Mann
MannOnABike BikeSocial's Web Editor. Been riding bikes since 1984 and writing about them since 2013. Commuted in Central London for 10 years, fast and smooth road rider, does a reasonable job in a track day quick group. 6 ft and 14 st. 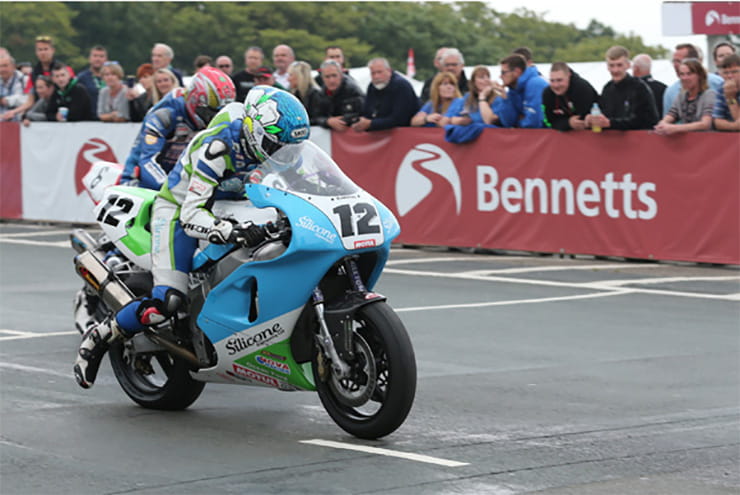 The pace of the Superbike class is hotting up at the Isle of Man Classic TT presented by Bennetts as Dean Harrison on the Silicone Engineering Kawasaki set the fastest time of the week in qualifying last night with a lap of 123.580mph.

Harrison’s lap just edged out Michael Dunlop’s 123.263mph lap set the previous evening. The 13-time TT winner made some chassis changes ahead of last night and could only muster an average speed of 120.51mph.

Michael Rutter looked set for a quicker time but retired between Waterworks and the Gooseneck. Meanwhile, Bruce Anstey completed his first lap on the Valvoline Racing by Padgetts Motorcycles YZR 500 with 121.18mph lap and Danny Webb (120.12mph) clocked his first 120mph of the meeting on the Team Classic Suzuki XR69.

On his second lap, Harrison was five seconds up on Rutter’s time to Glen Helen but an incident at Churchtown led to a red flag and curtailed the Bradford rider’s progress. 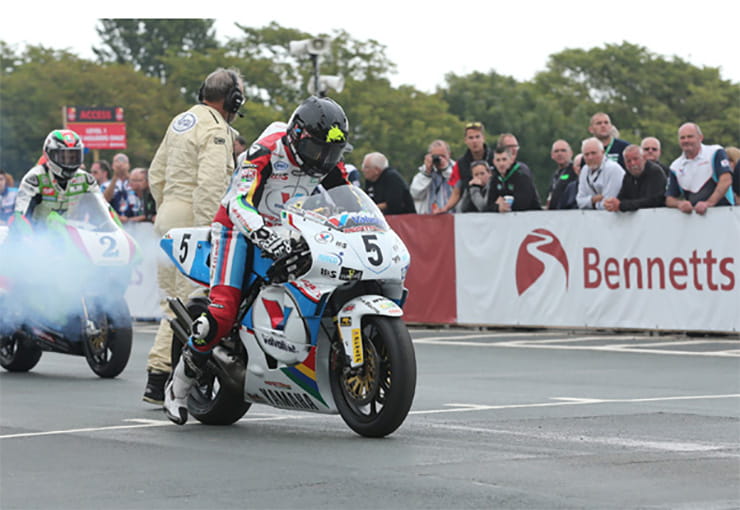 Gary Johnson (Team York Suzuki) and James Hillier (Greenall Racing Kawasaki) both moved into the overall top five leaderboard in the Superbike class with opening laps of 122.56mph and 122.12mph respectively while Jamie Coward on the Mistral Racing Kawasaki also posted his first 120mph lap of the meeting. The cooler conditions seemed optimal for quicker times.

In the Lightweight Classic TT class Manx rider Ryan Kneen posted the fastest lap of at 111.63mph and moved into the top three overall in qualifying, behind Ian Lougher’s time from Tuesday (113.893mph) and Bruce Anstey’s from Wednesday (113.776mph).  Davy Morgan and Phil Harvey also clocked laps of over 109mph.

The delay caused by the Churchtown incident gave the mist a chance to give reason to the session being stopped altogether so in a change to this evening’s final qualifying session schedule, that the Classic TT Senior and Junior machines will have first use of the track followed by the Superbikes and Lightweight machines.