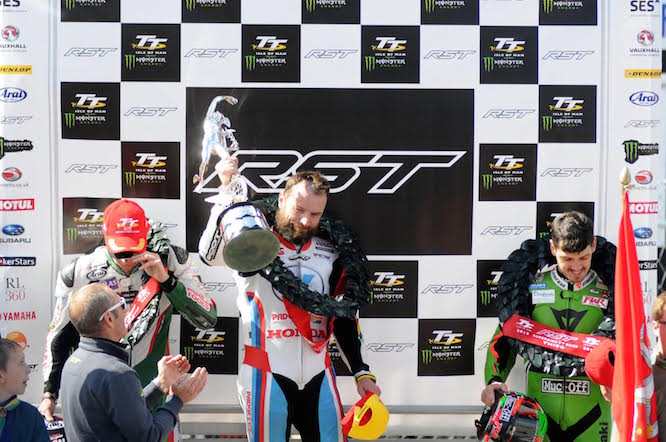 Bruce Anstey has taken his first ever Superbike win at the Isle of Man TT after a dominant display in the postponed RST Superbike Race.

The New Zealander got off to a fast start in near perfect racing conditions but it was Ian Hutchinson who took the early lead with Quattro Plant Kawasaki’s James Hillier also on the pace.

The race didn’t get off to such a great start for fans’ favourite Guy Martin, who retired at Ballagarey on the first lap.

A 130.959mph lap from a standing start saw Hutchinson cross the line in front at the end of the first 37.73 miles ahead of Anstey and Hiller with Buildbase BMW’s Michael Dunlop fourth.

Hutchinson had built a lead of 2.7 seconds by the time they’d reached Ramsey on the second lap, this then almost doubled as they came into the pits. 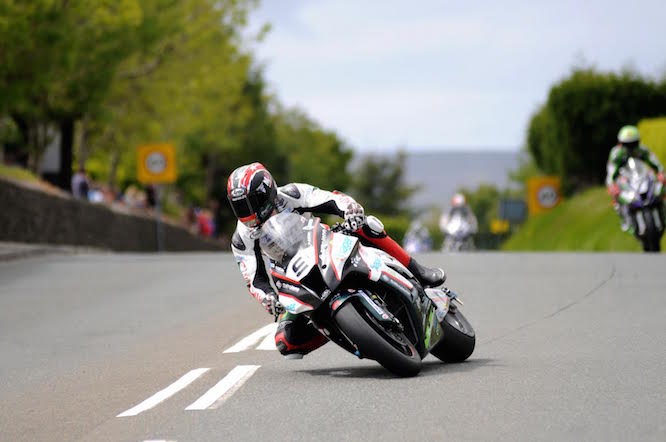 By mid-distance Hutchinson led by 4.7 seconds with Michael Dunlop scrapping with James Hillier for third.

Honda Racing’s Conor Cummins went out of the race at Kirk Michael on lap four, as Bruce Anstey chased down race leader Hutchinson, reducing the lead to just 0.289 as they pitted for the second time.

A rapid pitstop for the Valvoline Padgetts team saw Anstey shoot out ahead of PBM’s Hutchinson, the flying Kiwi leading by over a second at Glen Helen. The pace continued for Anstey as he upped his lead to over five seconds by the end of lap five.

Michael Dunlop was on the move on the final lap, pulling in second-placed Hutchinson but the Ballymoney man was then cruelly taken out of the race after hitting a backmarker’s stricken bike at the Nook.  Battered but with nothing broken, Dunlop returned to the paddock shortly after the end of the race in an ambulance. Gary Johnson also crashed out unhurt on the final lap. 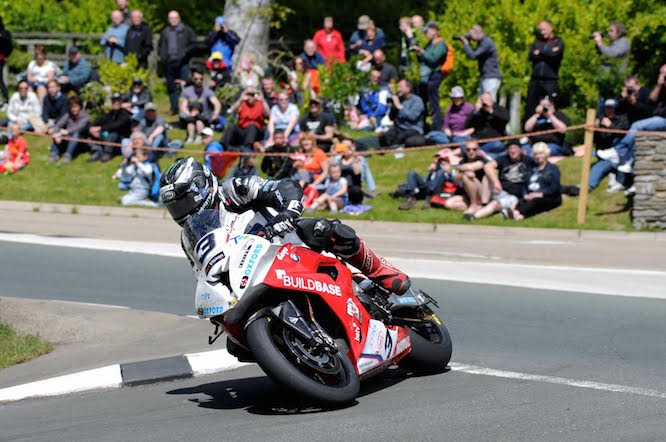 Anstey had extended his lead to 6.4 by the Bungalow, before crossing the line some eight seconds ahead of Hutchinson to take his tenth TT victory but first on the superbike.

Hutchinson’s second place saw him return to the podium for the first time since 2010 with James Hillier making it two Kawasakis on the box in third.

John McGuinness took fourth ahead of William Dunlop, but a red flag on the final lap meant nobody returned to the pits after Michael Rutter delaying the final race result.