William Dunlop to race for museum at Classic TT 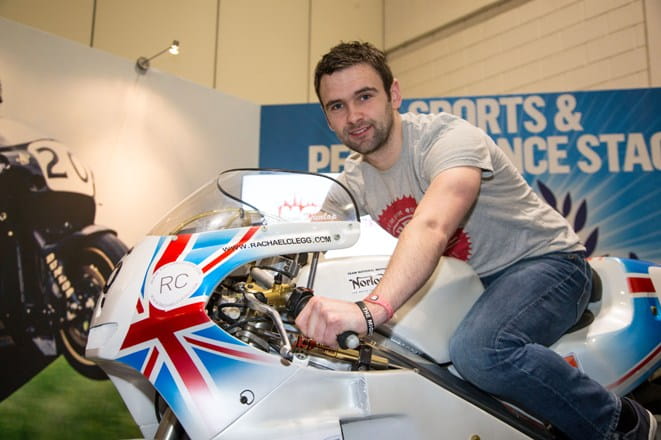 Few, if any museums run a motorcycle race team.

But this year, as part of the Classic TT, the National Motorcycle Museum is launching a race team with one of the most powerful British racing bikes ever built.

The team - which is based in Birmingham - will be running a Crighton rotary Norton, aka the ‘Duckhams’ QXR bike prepared and built by Brian Crighton - the brains behind the black JPS rotary Nortons graced by the likes of Trevor Nation, Steve Spray and Robert Dunlop.

And in its saddle is none other than TT podium star William Dunlop.

William is, of course, son of late TT and Northwest winner Robert Dunlop, brother to 11-times TT winner Michael Dunlop and nephew to the ‘King of the Mountain’ and 26-times TT winner Joey Dunlop.

And it’s this legacy that made William Dunlop sign up to ride the Crighton rotary Norton, as Robert was himself a fierce advocate of the Crighton-prepared Norton machines of the 1990s.

“That’s why I said yes to the ride,” said Dunlop. “The only reason I agreed to do it was because of my dad’s history and his connection with the Nortons.”

To take this opportunity, Dunlop had to change his original plans to ride a Yamaha 250 in the Formula 2 race at the Classic TT.

“I love riding that bike but the connection to these Nortons and my dad means a lot to me. He rode the Nortons from about 1990 to 1992 but I was only a young boy so I don’t remember it. But I hear all about it from other people.”

But there’s also an attraction to the technical aspects of the bike in that appealed to William.

“My dad always liked these bikes because they were a challenge to ride. But the Crighton Norton is also a really fast bike can reach up to 190 mph. I ride one of the fastest modern superbikes at the moment and that can reach 195mph. But the Norton’s 20 years older, which is incredible.” 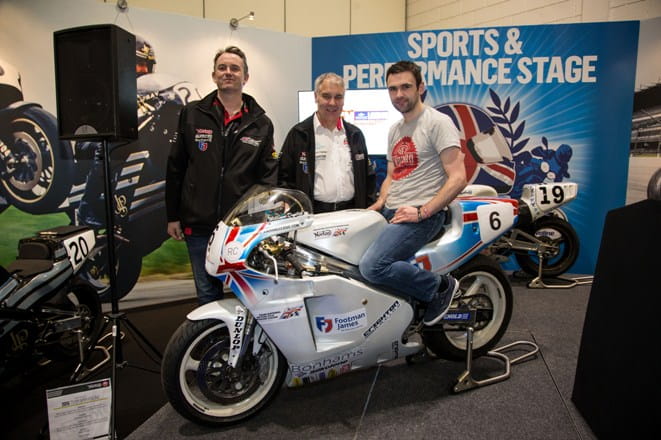 However, there will be challenges to riding a bike that’s more than two decades old.

“It’s a heavy bike. Obviously modern bikes are a lot lighter but I have been working out and have gained a lot of weight this past two years and that really helps me when I’m on the TT course. When you’re riding on the Isle of Man it really helps to be able to plant the bike, it can get you out of a trouble.”

William will be working with Crighton closely on the project, a working relationship that will no doubt echo that of Robert and Crighton working together during the 1990s.

Crighton says: “It will be interesting to work with William. The bike is great for the Isle of Man because it has much more mid range in the gearing. The gears are ‘tall’, which means you can change gear a lot less, which is better for the Isle of Man.”

But the principal driver behind this ambitious undertaking is National Motorcycle Museum director James Hewing, whose idea it was to launch a race team at the Classic TT.

He said: “We aren’t aware of any other museums or similar organisations running a full-on race team using parts of their collection.”

It also flies in the face of what most of us imagine a museum to be.

“It’s strategically very important for us to change people’s perception of what the museum is all about. We do not want it to be seen as a dry, dull place. Rather, we want the museum and its collection to be seen as an exciting, living thing.”

But it was all very last-minute, the museum signed William only four days ago.

“It’s all only come together in the last seven days. But I honestly feel that the way things have fallen into place with this team means this was meant to happen. The dynastic lineage with William and his father makes the whole undertaking very special and very significant.”