BikeSocial chat to Lee Johnston ahead of the Classic TT 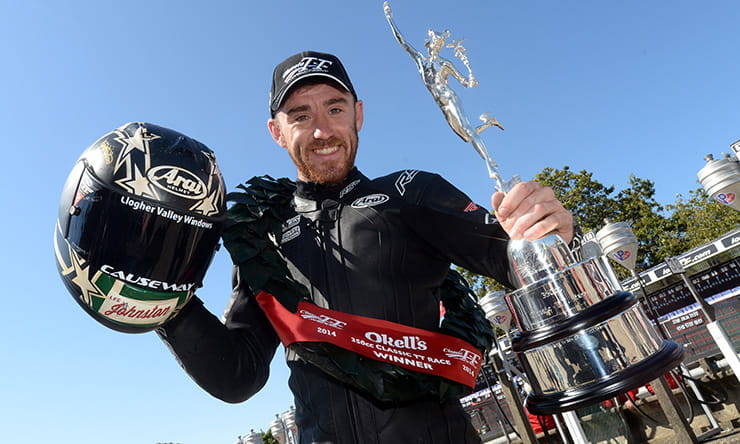 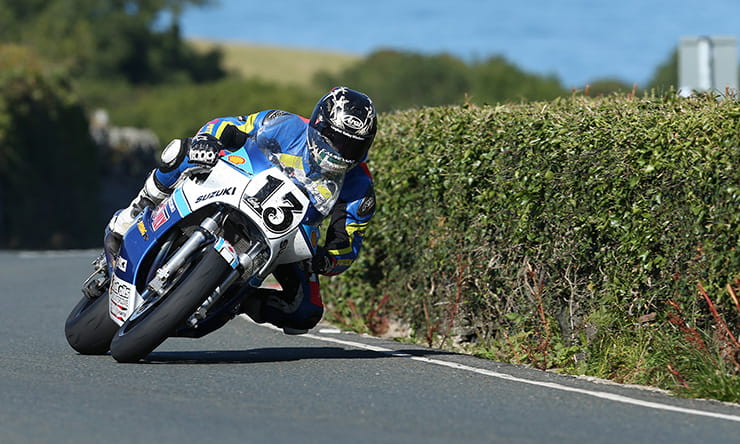 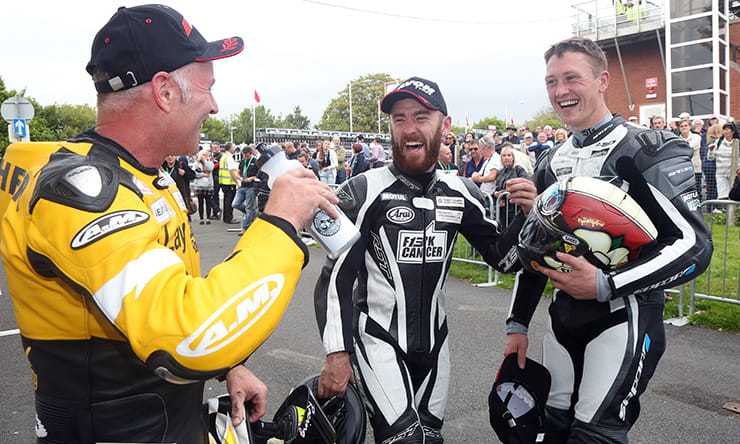 If life’s a rollercoaster, then Lee Johnston is definitely one of its passengers.

In the past two years, the 28-year old rider has experienced huge personal loss, two big crashes, subsequent injuries but an impressive clump of podium finishes.

And it’s this that makes him one of the more fascinating figures in road racing and as they say in Pulp Fiction, personality goes a long way.

But it wasn’t without pain: Johnston is still recovering from a nasty crash during practice at the IOM TT from which he sustained fractures in his coccyx, back and fingers.

He said: “You can’t concentrate on being sore when you’re so focused on racing. The adrenaline takes over and damps the pain out. But the rest of the time you feel as if an elephant’s run over you.”

Clearly though, it didn’t hold him back at the Ulster GP…

“I am happy with the result but I was leading the first race so am really annoyed I didn’t win.”

Now, Johnston’s preparing for the Classic TT, during which the Ulster-man will be riding Team Classic Suzuki’s TCS F1 - modelled on the XR69, and Black Eagle Racing’s newly-built 350cc MV Agusta replica.

“It’s great doing the Classic,” he said. “I just rock up and ride and the teams I’m with are both really nice. Steve Wheatman from Team Classic Suzuki is great and the guys at Black Eagle Racing are really good people as well.”

“It’s got spoked wheels and would have had drum brakes but we’ve got disc brakes instead,” he said. “But that said, they’re still nothing like modern brakes.” 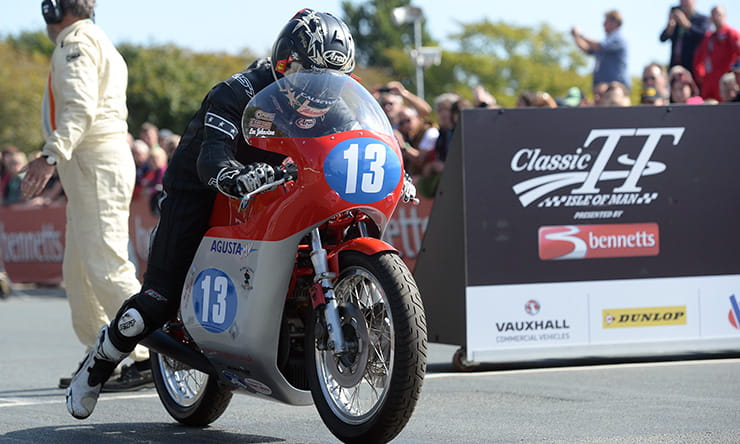 The hand-built motorcycle took Black Eagle Racing more than thirty years to develop, which makes it an extremely valuable piece of kit.

“The MV is a great machine and it’s worth about £220,000 but I can’t think about that. If you thought about the value of these classic bikes you’d never go out. And the boys that build these machines want them to win. That’s what we’re in it for after all. These bikes are beautiful things but they just want us to ride the balls off them.”

The MVs are painted in the Ago-era livery - the bold red colour that earned them the nick name ‘fire engines’ and Johnston will be wearing old-school all-black leathers.

“I haven’t quite got the pudding helmet but they are painting goggles onto the front of the helmet I’ll be wearing, which is retro.”

As for the rest of the race season and next year’s TT he said: “I don’t know what’s happening with any of that at the moment. But I would like to do a few rounds of the British Championships before the season’s out.”

As for now, it’s all about the Classic. And that minor issue of finding a ride for next year. “I just need someone with a couple of hundred grand spare,” he laughs.

Watch this space for more…