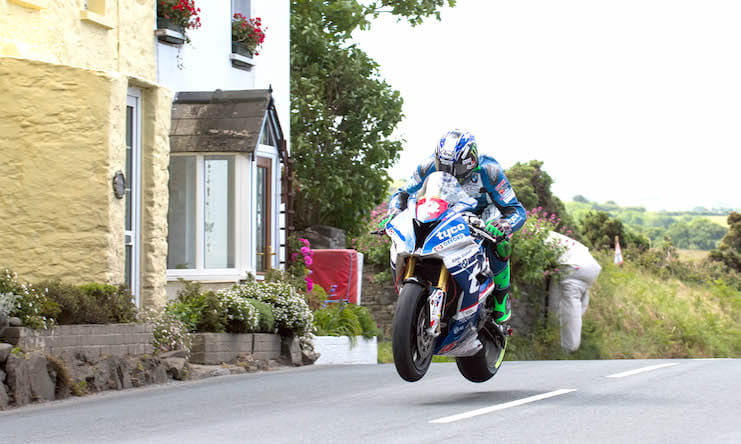 Ian Hutchinson wracked up his second TT win this week after a staggering performance in the Superstock race at TT 2017 to bring his total number of wins to 16.

The ‘Bingley Bullet’, now the most successful Superstock racer ever, led the race for the entire race - a lead that no doubt inspired John McGuinness’ post race Tweet ‘#autopilot’.

After the race Hutchinson said: “I’ve never been on a bike in that race without having practiced on it but it’s the bike I race in the British Championship so I’m used to it.”

He continued, “It was a great race but I was struggling at Glen Helen as I was petrified about the damp patches.”

The trouble Hutchinson - along with many other riders - is having is that last year’s conditions were almost too good. The warm clear sunny weather meant that the track had maximum grip and all practice sessions ran on time. By the time race week arrived there was plenty of grip and the bikes couldn’t have have had more lap time.

But this year, with atrocious weather conditions, things are different.

“I just can’t get last year out of my mind but I need to stop thinking about it and get it out of my head. I keep comparing this year to last year.”

“But we can’t recreate those conditions, nobody can.”

Hutchinson also made the call to switch from Metzeler tyres to Dunlop this year, a decision that has paid off so far. “We are much better off now,” he said. “That was it, so it was either going to work or not work, it was my choice, they did it, they went with it and massive thanks to them for trusting what I thought was going to work.” 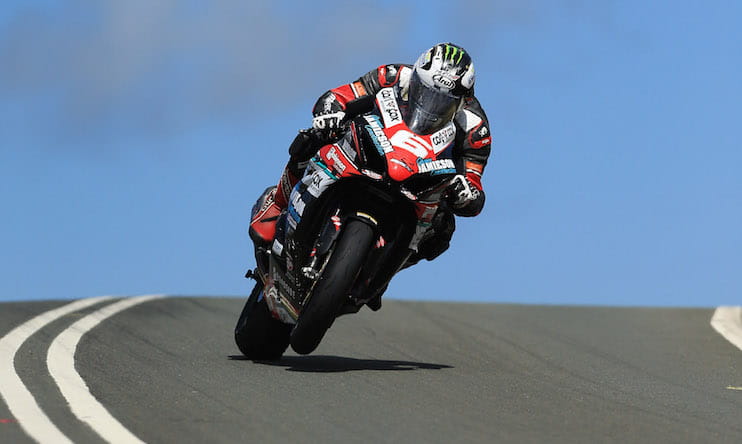 Peter Hickman was behind Hutchinson and clung on to second place for the entire race. Such was Hickman’s pressure on Hutchinson that Hutchy said: “I thought ‘I wish he’d back off and leave me alone”. Hickman’s hot pursuit of Hutchinson kept the Bingley Bullet on his toes - Hutchinson was forced to increase the gap from two seconds on lap one to ten seconds on lap two.

Hickman said: “It was nearly there, wasn’t it? I am mega happy and I saw a P3 after the first sector - I obviously woke up on the faster side of the bed today. But it was good and Hutchy’s riding was mega. My bike was cutting out on lap three but it managed to fix itself by the last lap.”

But the biggest smile after the Superstock race was on Manxman Dan Kneen’s face after clinching third position, though it wasn’t an easy race.

“But riding around there I had problems after the pitstop and it was tough to be honest and I actually turned it off just coming into Ramsey but I turned it back on that seemed to fix it,” he said and - in typical Manx humour - joked: “At one point I thought ‘If I’m going to throw this away I’ll just keep riding the bike to the harbour!”

Ignition issues aside Kneen had a fabulous race. “I really enjoyed it,” he said. “Once I’d restarted it the bike was brilliant. I was starting to think ‘this is never going to happen but there’s been a lot of people who kept believing in me.”