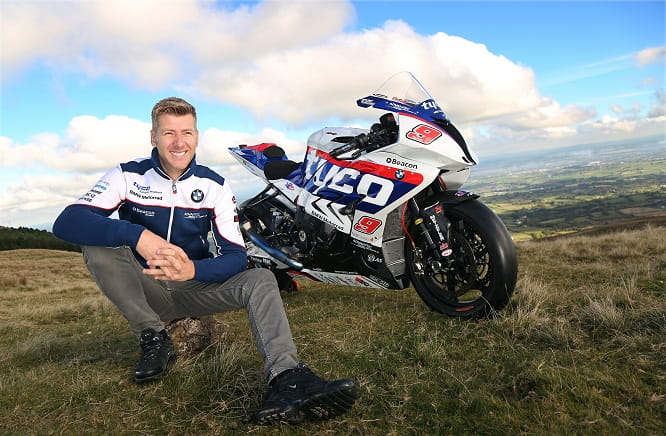 11-time Isle of Man TT winner Ian Hutchinson will switch to the Tyco BMW team for the 2016 road racing season.

Hutchinson will compete at the North West 200, Isle of Man TT and Ulster Grand Prix with the Moneymore-based TAS Racing squad as well as an assault on the Pirelli National Superstock Championship which runs alongside British Superbikes.

The 36-year-old stunned with a return to form this year, taking three incredible TT victories in the Superstock and Supersport categories just two years after severely breaking his leg not once but twice.

While Hutchinson was keen to remain with the PBM team, the squad’s impending switch to Ducati machinery cast doubt on their 2016 roads campaign.

“We’ve been in negotiations for a couple of months, but I’ve always been serious about coming to the Tyco BMW team for next year. I’m really looking forward to getting going with them in 2016.

“After pretty much four years away from the sport I now need a bit of consistency. BMW is a huge brand and along with Philip Neill at TAS, they have shown how much they want to be involved with me for next season. That enthusiasm sold it to me and with direct support from BMW Motorrad it was hard to turn them down.”

Hutchinson will race the S1000RR in the superbike and superstock classes but it’s not yet known what he’ll ride in the 600cc supersport races.