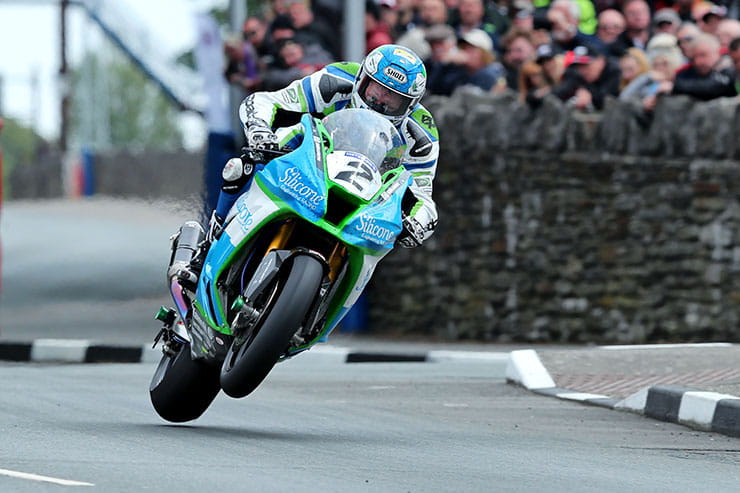 Dean Harrison has confirmed he will both defend his Senior TT title at the 2022 Isle of Man TT and contest the 2022 Bennetts British Superbike Championship (BSB) with Dao Racing.

The road racing ace swept to victory in the blue riband Senior TT at the 2019 Isle of Man TT with a 130.824mph lap that defeated arch rival Peter Hickman after the BMW man hit technical issues that scuppered a huge lead he’d built up.

Nevertheless, victory for Harrison on the Dao Racing-run Silicone Engineering Kawasaki was just the latest in a string of impressive road racing performances over the years, with the Senior TT success marking his third win on the island, while he holds the second fastest lap of all-time around the Mountain Course at 134.9mph.

With the TT on hiatus for two years due to the impact of the coronavirus pandemic, Harrison will return to defend his Senior TT title with Dao Racing. In a deal that sees him commit to the team for the next two years, Harrison will also make use of the latest generation Kawasaki ZX-10R.

In addition, he will supplement his racing commitments with a full season in BSB, the Bradford racer having become a regular points’ scorer in 2021 en route to 21st in the overall standings. 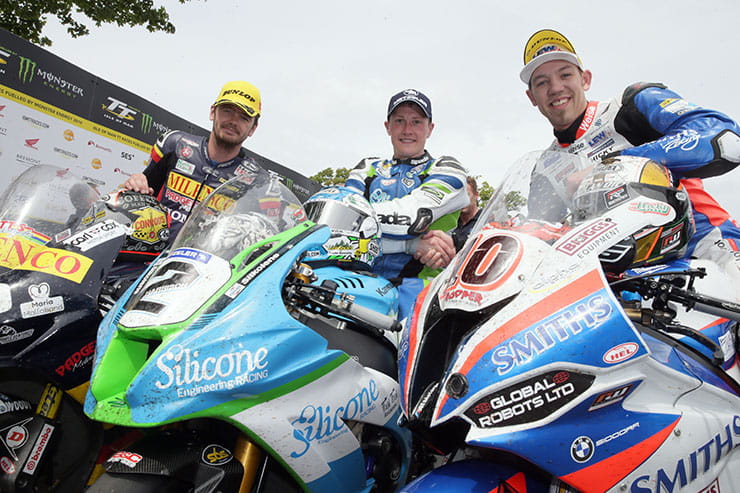 Above: The Hickman – Harrison rivalry is set to recommence at the TT 2022

“I’m really excited about 2022, it feels like we’re finally getting back to some kind of normality,” he said. “Last year, we didn’t have any road racing apart from one weekend at Oliver’s Mount, so our whole effort went into BSB.

“I think it proved to be an important season, when you’re running with some of the fastest superbike riders in the world, it can only help bring you on and I think both myself and the team learnt a lot.

“This year we have the international road racing back which is very exciting. I’m confident what we’ve learnt in BSB so far will help make us faster when we get back on the roads and with a team and bike I know and work well with, this could certainly be my best year yet.” 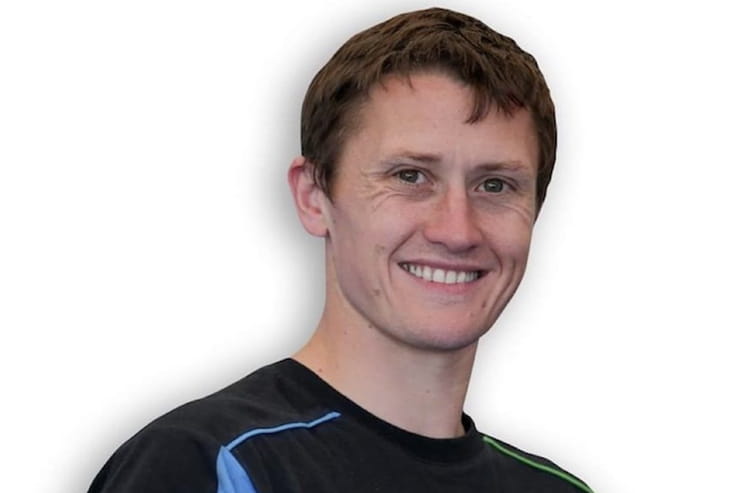 Cumbria-based Dao Racing is owned by Clarissa Beardman and will be headed up by team manager Jonny Bagnall.

“We are delighted to have signed Dean for another two seasons, he’s been an integral part of this team for several years and continuity is so important in this sport,” Bagnall said.

“It’s been fantastic to see that the international road racing calendar is filling up again and after two years off, we’re all champing at the bit to get back out onto the roads.

“Last year, we committed ourselves to the full Bennetts British Superbike season and it was definitely the right move. We learnt a lot more as a team, and Dean improved further as a rider, so we want to build upon that this year.

“For that reason, we intend to continue racing the world’s leading domestic championship alongside our road racing commitments. I think we more than proved ourselves as a team within the BSB paddock last year and I am confident we can push even further in 2022.”