VIDEO: A Beginner's Guide to the Isle of Man TT Bike Classes

During the two practice and race weeks at the Isle of Man TT there are five different solo classes which can get even more confusing when the riders change teams and manufacturers. For example, former fastest newcomer, Josh Brookes, lined up on the Norton SG6 for the Superbike and Senior Races but for the Lightweight class he rode for Ryan Farquhar's IEG/KMR Kawasaki team and Jackson Racing Honda in the Supersport class.

But what constitutes a Superstock bike and how does it differ from a Superbike? Here’s our guide to the differences between each class:

VIDEO: A Beginner's Guide to the Isle of Man TT Bike Classes 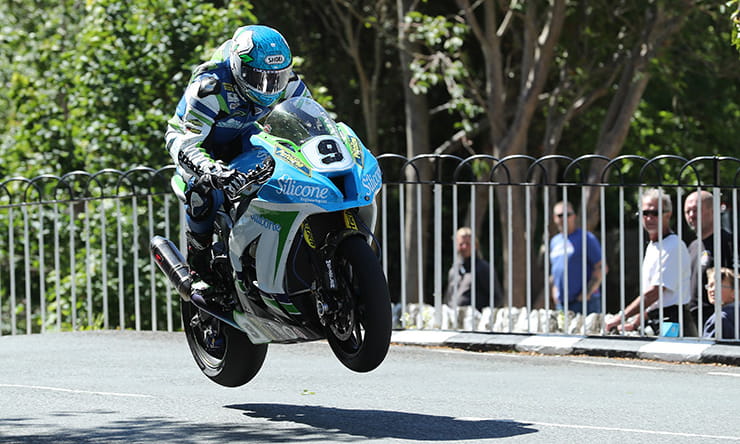 The bikes used in the Superbike class are also the ones used in the Blue Ribband event at the end of the week known as the Senior TT.

The lap record, set in 2016, belongs to Michael Dunlop and was the first lap recorded at under 17 minutes which was an average speed of just under 134mph barrier.

The Superbikes are pure racing thoroughbreds and the manufacturers throw everything at these bikes, they are derived from production road-going litre class sportsbikes but you can change a lot of things including the swinging arm, suspension forks and internals, gearbox, quickshifter and top yoke.

The Superbike and Senior races take place over 6 laps which means the riders are wrestling these brutes for almost 2 hours. It’s physical. 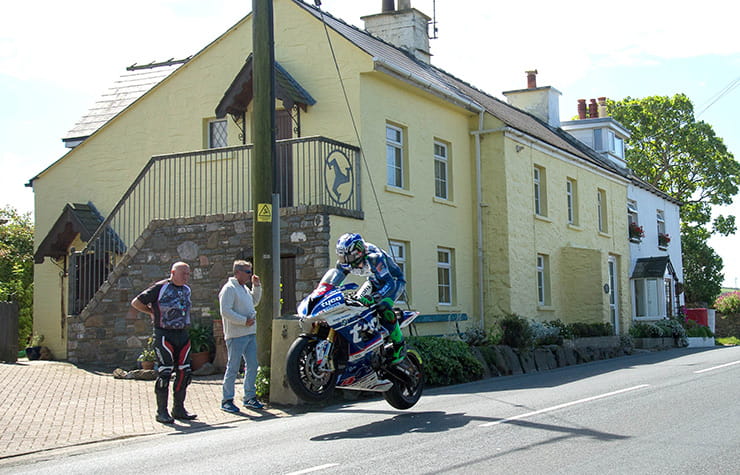 From the showroom to the bottom of Bray Hill, these 1000cc bikes are not too far off the machines you can pop down to your local bike dealer and buy.

Other than the exhaust system, suspension, bodywork and the odd tweak to fuelling there’s not much more the teams can change making it comparatively inexpensive yet remaining competitive.

These guys will still give the Superbikes a run for their money around the TT course, in fact, the lap record is only 2 seconds off the outright lap record; it took Ian Hutchinson just 17:00.510 to lap the course – the equivalent of an average speed more than 133mph - in 2016. 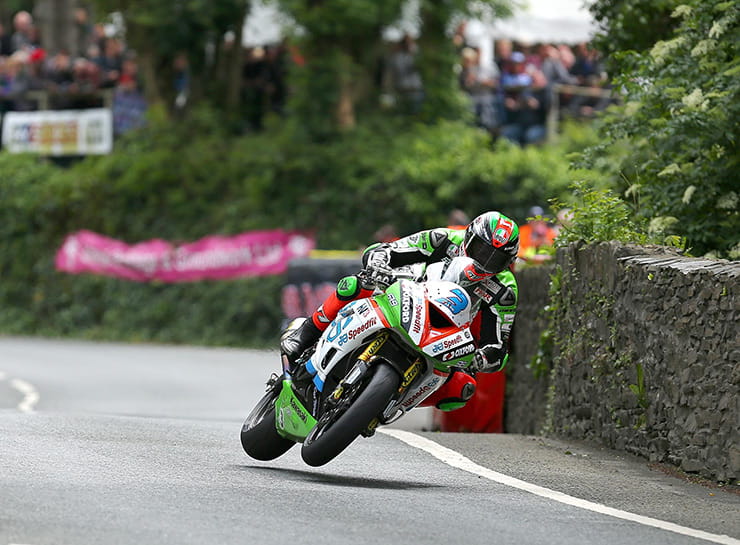 The Supersport class is predominantly for 600cc machines though Triumph’s three-cylinder 675cc is eligible. Michael Dunlop holds the lap record set in 2013 of 128.666mph, so these guys are not hanging around.

Compared to the Superbike class, Supersport teams are quite restricted in what they can do. The bikes must run treaded tyres while the chassis is pretty much stock spec.

Teams have to find their advantages in other areas such as changes to the cams, cylinder head, suspension and fork internals. 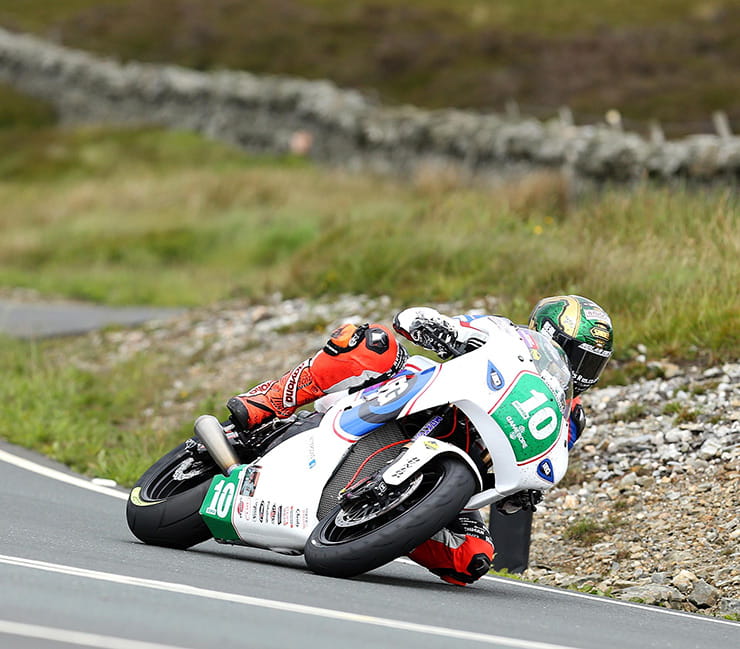 These Supertwins, or Lightweights as they’re often referred to, might be the smallest bikes on the grid but they can still pack a punch. Back in 2015, James Hillier, set the lap record of 120.848mph.

The bikes are essentially 650 road bikes with some aftermarket parts on. Teams are given plenty of licence to make changes to the swingarm, replace pistons, add a quickshifter and slipper clutch and make changes to the cylinder head and internals. Because of this freedom it makes this class one of the more expensive to run in. 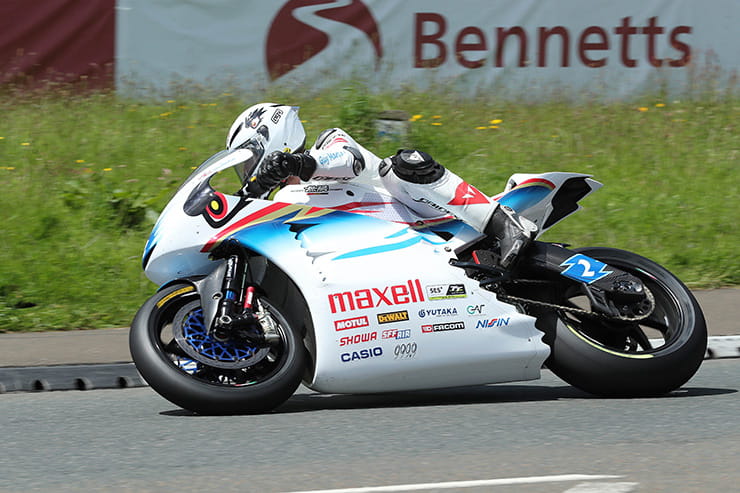 The newest class at the Isle of Man is the TT Zero, so called because they make zero emissions. The lap record is just a whisker under 120mph, set by John McGuinness in 2015 on the Mugen.

And it’s Mugen who are leading the way in the development and research in this class. The power figures associated with this bike are astounding; it makes over 210 Nm of torque (155 lb ft) and of course that’s from 0 rpm while the equivalent brake horsepower would be around 160bhp and the attention to detail of the Mugen is special. They are easily the most expensive bikes in the paddock.