Isle of Man TT | Secrets of the Scoreboard 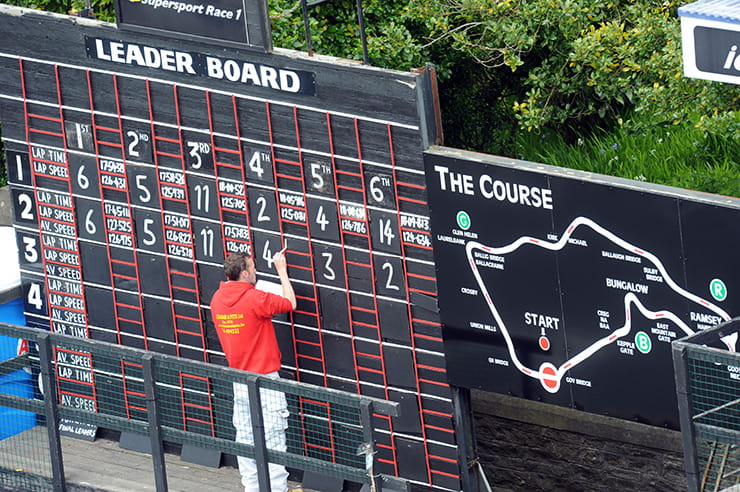 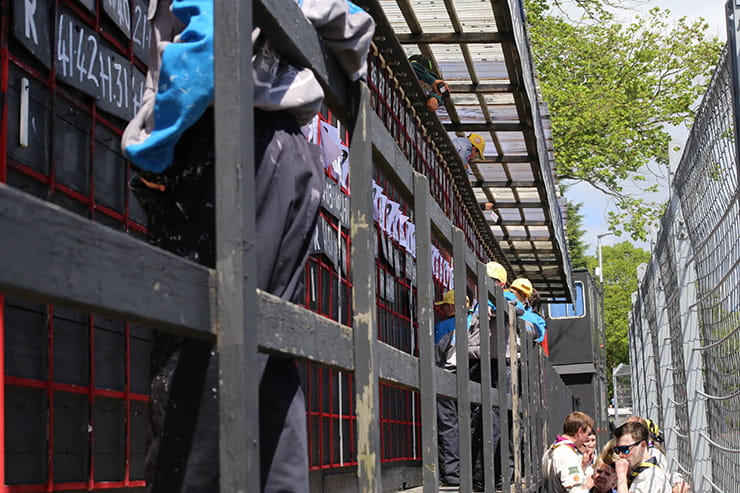 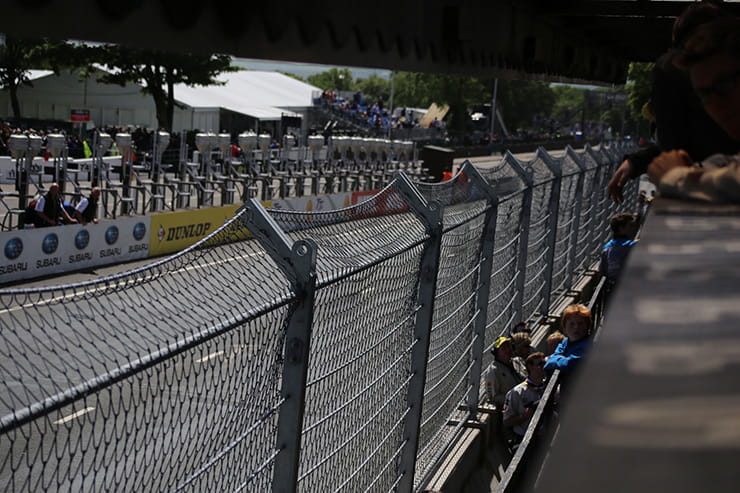 Above: Updating the results (freehand), all hands on deck during the race, looking back at the pit lane from the scoreboard

The wooden-framed scoreboard has stood - and still stands - as a monument to TT history, synonymous with that famous Start / Finish straight on Glencrutchery Road. But it’s not just its age that makes the scoreboard remarkable - it’s the fact that, despite living in a digitally-obsessed era, the scoreboard is still operated by hand. Actually, it’s 70 pairs of hands all belonging to Isle of Man Scouts, making the TT’s scoreboard the oldest manually operated one of its kind on the entire planet.

“We need about 70 Scouts altogether to operate the whole system.” And the ‘system’ works like this: each rider has a section of the scoreboard dedicated to them with their number on. In this section is a clock, a tear-off, the lap time and a light. The ‘tear offs’ indicate which lap they rider’s on (including an ‘R’ for ‘retired’) and the lap time written in a box beneath below the tear-off. Above the tear-off section is a clock face with four sections: Grandstand, Glen Helen, Ramsey Hairpin and Bungalow. And then, underneath each section is a light, which comes on when a rider is due in.

The entire board is split into two halves. Each half displays the same information, so that it can be viewed from each end of the Grandstand - such is the genius of its design. Information for the riders’ displays comes from Scouts in the Control Tower, which is just along the corridor from Race Control. 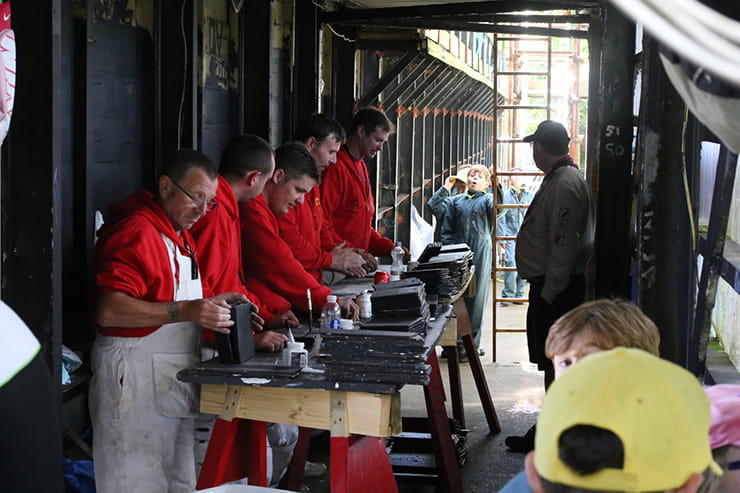 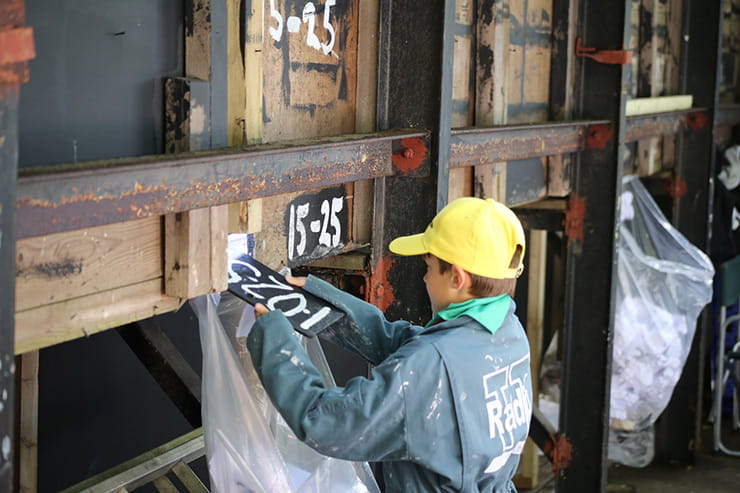 Above: Queuing for the slates while the decorators paint the lap times on and then passing them through to the scouts at the front

But the most charming feature of the scoreboard are what Mike calls the ‘slates.’ “The information comes through from the Control Tower and a team of decorators sat along a huge table paint the lap times onto a slate. Each slate has the riders' cumulative lap time on,” he says.

In fact, so crucial is the painting to the scoreboard operation that the contract even goes out to tender - not your usual decorating gig!

As the slates are painted a line of eager Scouts - the youngest of the lot - wait until the next slate is ready for taking to the scoreboard.

Southall explains. “All the riders are split into groups so that each child has a slate that corresponds with their section. When the slate is ready the young Scouts go to their respective section of scoreboard and bang it on the wall so the Scouts at the front of the scoreboard know the slate is ready. Once they’ve grabbed it, they slide it into the relative rider’s section on the scoreboard.”

“There are a group of Scouts in the Light Box and they monitor the computer - which takes information from the Control Tower - as to which riders are due in at the Start / Finish,” says Mike.  Next to the computer is a wonderfully kitsch desk - a la Austin Powers - covered in bright buttons. Each button corresponds with a rider and as soon as that rider is through Cronk-ny-Mona their light is switched on.

“This is crucial for families watching - as well as the crowds - because they know when to expect their rider to come through or pull into the pits. It’s very useful for the teams waiting to do a pit stop.” 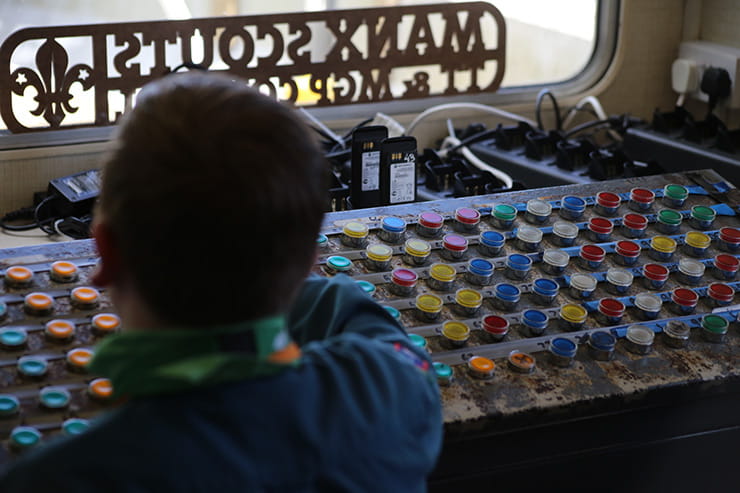 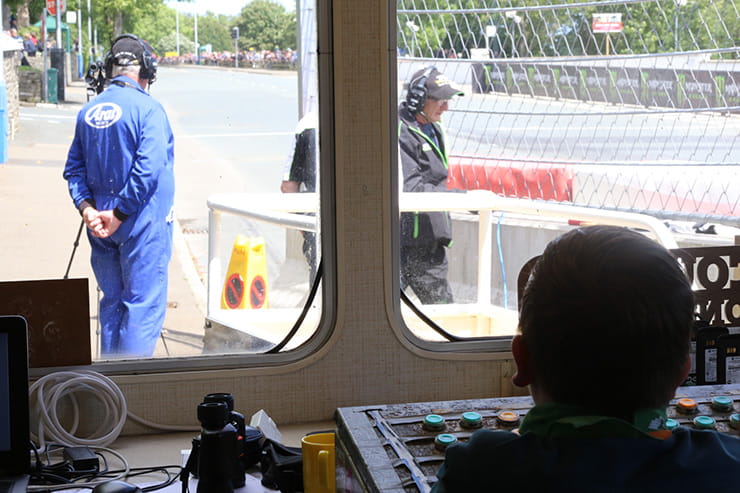 Above: Each switch activates the light on each rider's section of the scoreboard, with one of the best views too

The ‘Light Box’ is the nerve centre of the Scoreboard. It’s also - without a doubt - the most exciting place to watch a Superbike flying down Glencrutchery Road.

The Scout-operated scoreboard will be 108 years-old this year. It is, without a doubt, is a marvel of team work and is intertwined with TT history - as any photograph of the Start / Finish will testify.

But it’s also been the subject of controversy: in 2014, a petition was circulated to conserve the scoreboard following rumours of a proposed digitised replacement, thus putting vast swathes of Scouts out of TT action.

Mike said: “There are a lot of people against that who say it should be preserved and too much opposition to have it replaced with a digital version. But it does need rebuilding and moving further back towards the cemetery. That’s the latest proposal.”

For now though, it’s all hands-on deck in preparation for the TT. “It’s all go again,” said Mike.

But slick-old fashioned teamwork aside, there’s a much more pressing question to ask Mike: Do the Scouts get a special badge? “Ahhh yes,” he says. “Each Scout gets the ‘TT’ badge for working the scoreboard.” No wonder it’s such a privilege! 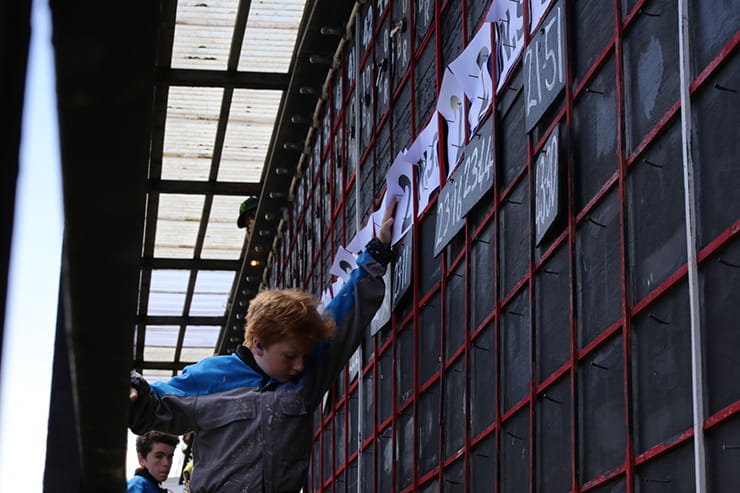 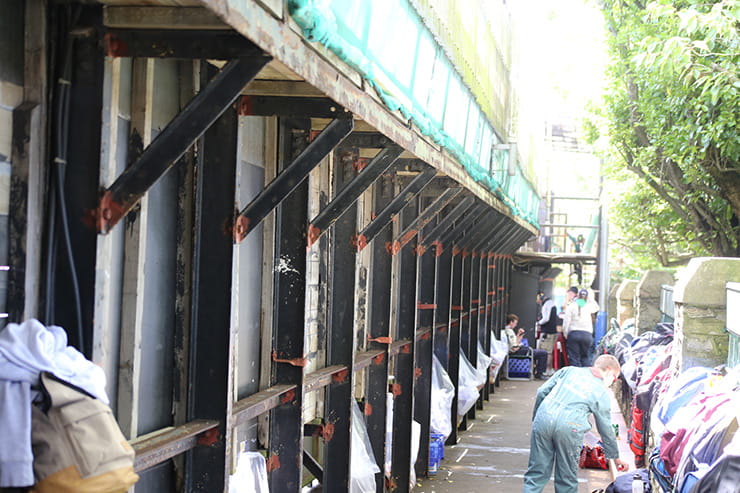