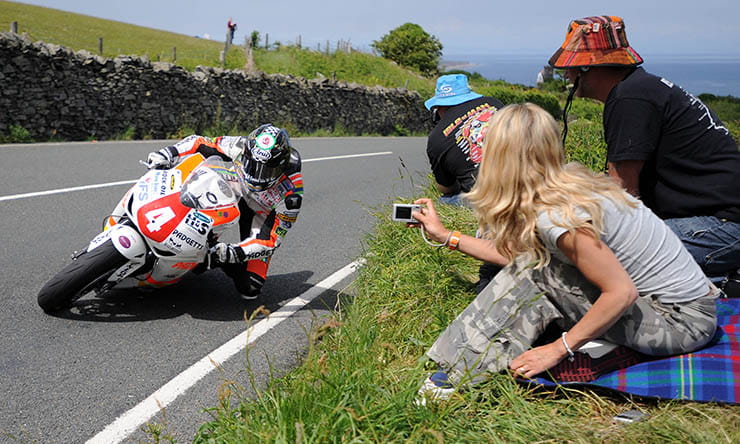 Since its debut in 1907, the Isle of Man TT has hosted some of the world’s greatest battles in motorsport. Some of which have been won (and lost) over a split second, others over innocuous mechanical and human error.

And the fact the TT course is so long - 37.73 miles - makes these tense events all the more remarkable: anything can happen over a 226-mile race. As Charlie Lambert said: “The TT is unlike any other event in sport, especially from a sports broadcast point of view. The rule in commentary is to comment on what is going in front of you but that’s not always possible at the TT because the action is only in front of you for a split second.”

“I stopped commentating for Manx Radio TT in 2012 but I can remember some of the really close races. I can recall the race with Ryan Farquhar and Ian Hutchinson in 2010, that was a close one,” he said.

The race in question was the 2010 Superstock, in which Ian Hutchinson beat Ryan Farquhar by 1.32 seconds - which is incredible given Farquhar’s pace. The Ulster rider was 6.78 seconds ahead of Dunlop on lap one and 8.8 seconds ahead on lap two. But Hutchinson took second place off Dunlop and was determined to clinch yet another win (he’d already won the Superbike and Supersport races that year). But Farquhar was on a mission and still had a 5.5 second lead. It wouldn’t be for long, however: Hutchy pulled it out of the bag on the last lap and raced at a blistering pace to victory. The time difference between the two was a meagre 1.32 seconds.

“One of the greatest races I’ve commentated on was the Junior Manx Grand Prix race in 2006 with Craig Atkinson and Derek Brien. It was amazing because there was just 0.01 seconds between them and they were properly dicing throughout the race. I’ve never known a race on the Isle of Man be so close with such a battle.” 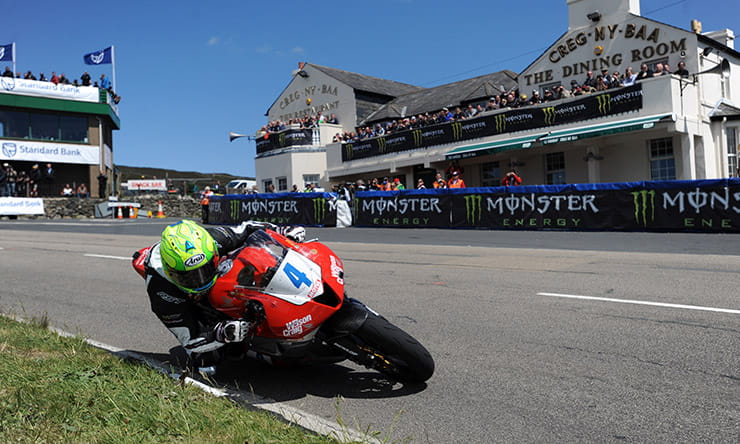 In fact, it is the closest race in TT and Manx Grand Prix history, though others have come close, as Manx Radio’s Tim Glover remembers: “Of all the races I’ve witnessed working in radio, the one that sticks in my mind is the 2012 Supersport with Bruce Anstey and Cameron Donald. It was just insane - the two were fighting for lead and the gap was so small between them. I can remember the tension and the narrow time - 0.77 seconds. It was so small a gap that we had proper old-fashioned manual stop watches out to double check. We just couldn’t believe that they were so close.”

Charlie Lambert led the commentary team that year. He said: “They’d been racing for 150 miles and it came down to a few yards, and ten hours of broadcasting that day boiled down to a split second. Magic.”

But the fight for pole wasn’t just between Donald and Anstey. Gary Johnson was also battling to win and actually led the trio for almost four laps until he ran out of fuel. Now the furious fight was left to Anstey and Donald - with Anstey winning with a 0.77 second lead.

Speaking of the race several years later Donald said: “I was pushing so hard, it must have been the hardest I’ve ever raced. I was so gutted about not winning when I was so close that I didn’t sleep that night.”

And as if he didn’t need to be made to feel worse, his brother suggested he could have pushed harder. “I spoke to my brother on the phone and he said ‘why didn’t you just push harder’ and I showed him a photograph Stephen Davison took and said: ‘look at my face there’.”

Donald shows us the picture: “Look at my face there - can you see the tension.” In the image, his face is high in colour, with a sheen of sweat and a furrowed brow so tight the lines look like canyons. “I showed that to my brother and he said “Okay, I see what you mean now.”

The drama didn’t end there, however. Johnson, meanwhile, pushed his machine to the line and finished 28th. And to think he could have won had he not ran out of fuel…

But fuel shortages plague many riders, even factory-backed riders. In 1996 Phillip McCallen - riding the RS 250 for Honda Britain - missed his fifth win of the week after running out of fuel at Brandywell. He was on the last lap and had only a few miles to go before the finish line.

So close, and yet so far away: a lead on the Isle of Man TT course can change even at the last second, often over a split second. And that’s what makes it so thrilling.