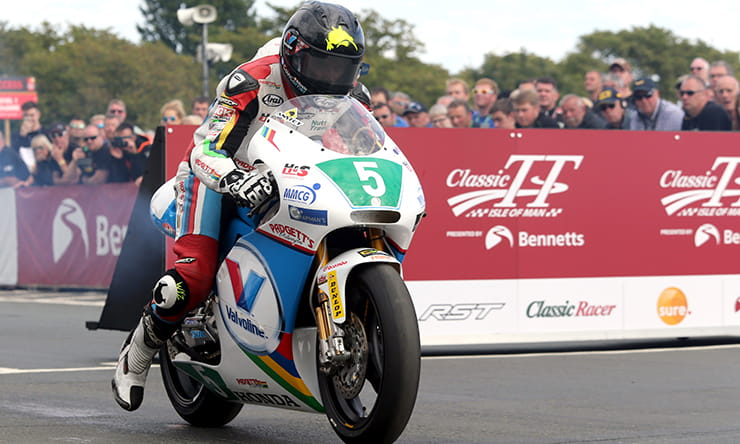 The TT is now 111 years-old. And in all years between then and now it has been the testing ground for primitive early motorcycles - basically bicycles with bolted-on engines - to super sexy exotica like the Honda RC166 - the ‘Six’ and the MV 3.

The Classic - which kicks off in a matter of hours - celebrates this massive technological and sporting history through four main race classes. These events: the Lightweight, the Senior, the Junior and the Superbike span decades of motorcycle development, featuring some of the most sought-after and innovative race machinery in motorsport history.

And here at BikeSocial we’ve created a breakdown of the different classes, what they mean and the machinery they feature. Read on, enjoy, and watch… 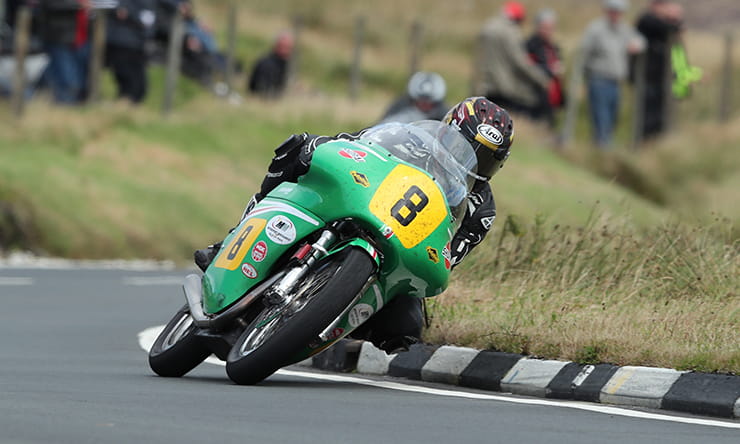 Since it started in 1911 the Senior has been the TT’s blue ribband event - to win it is the crowning glory for any racer.

And until the onslaught of large-capacity Superbikes in the 1970s, the Senior TT was limited to machines with a 500cc engine. Nowadays, that event features machines with double that capacity and obviously faster lap times. But that needn’t bother us right now, because here at the Classic TT, we’re going back in time…

So, for the Bennetts Senior, organisers are keeping things old school with 500cc capacity engines. And as such the grid features a huge range of machines - from Maria Costello’s immaculate representation of a 1960s GP racing Paton to the stunning Honda 500/4 replicas built by Davies Motorsport. Other machines include John Chapman’s 500cc MV Agusta replica - a living, breathing, racing homage to that ridden by multiple GP winner Giacomo Agostini during the 1960s and a 500cc Royal Enfield. Then, there’s the 500cc Manx Norton and the 500cc Matchless G50 - these machines were the main contenders for the Senior during the 1950s and 1960s. Indeed, it was on a Manx Norton that Mike Hailwood clinched his first TT victory in 1961.

The Bennetts Classic Senior is perhaps the most varied race of the Classic TT because of the eras it celebrates: the late 1950s and 1960s. This, after all, was when technology was in flux and British machines - which had dominated the sport for more than 50 years - were now lining up on the grid beside Italian, Eastern European and - more profoundly - Japanese machines. Few eras in motorcycle racing have been as ambitious and varied as the 1960s, and that makes this year’s Bennett’s Classic Senior a technological feast of an event. And that’s without even mentioning names: John McGuinness, Ian Lougher, James Hillier and Michael Rutter will all battle it out on very different but extraordinary machines. And it’s McGuinness who set the lap record for this class in 2016 on a Paton with a lap time of 113.342mph. The Bennetts Classic TT is a must! No excuses. 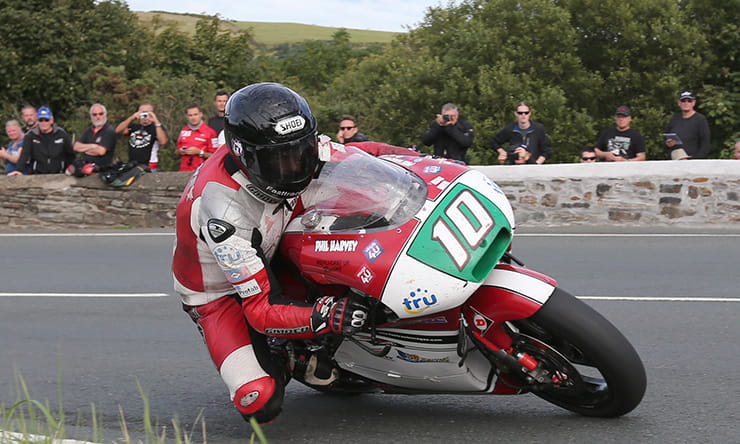 G.S Davison won the first Lightweight TT in 1922 on a Levis. His average speed during the race was 49.89mph. Granted, things have come on a bit since then but one thing remained the same until the event was scrapped in 2005: the 250cc capacity engine.

This year’s Classic TT Lightweight is the battle of the two strokes, ‘proper racing machines’, as anyone from the 1960s and 1970s era of racing would protest. The grid is predominantly TZ 250cc Yamahas and RS 250cc Hondas (though significantly more Yamahas) and these machines represent the class from the late 1960s to the 1980s (the first RS 250 Honda was produced in 1984). There were, of course, proper factory machines but the production machines could be bought over the counter as a race kit by any budding racer. But as race machine production ceased, the machines became more obsolete and thus very expensive. A crank case for an RS 250 alone can cost more than £3000. No pressure then, for the likes of Lee Johnston and Dean Harrison, who will be riding two stroke machines for the first time in their lives.

This class will be sensational - in sounds, smells and witnessing the variety of rider experience on track. If there’s an opportunity to test the pure riding ability of some of the up-coming stars of the TT - such as Lee Johnston and Dean Harrison - on machines that are unfamiliar - then it’s the Lightweight Classic. 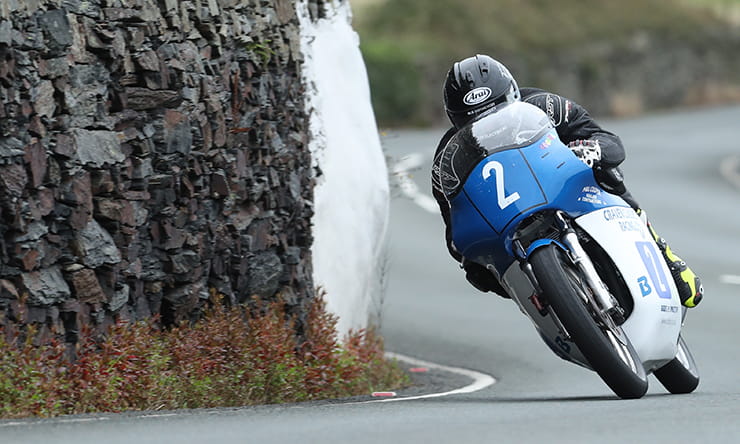 Like the Senior, the Junior TT started in 1911 and was won by Percy J Evans on a ‘Humber’. Since then speeds have rocketed but the engine capacity has always remained around 350cc. This year’s Classic TT Junior features machines such as the 350cc Velocette and a 350cc Aermacchi - which dominated the class in the 1960s. There’s also an AJS 350cc 7R - one of the most important production race machines in history. It was the motorcycle that gave us the term ‘boy racer’ because it was a production motorcycle that even the amateur racers could afford. The opportunity to witness important iconic machines such as this racing around the TT course is not to missed. And that’s without mentioning some of the names in the saddle, such as Michael Rutter, Conor Cummins and less known but equally brilliant in this class - Phil McGurk. Can anyone beat Lee Johnston’s lap record form 2014 of 105.239mph, set on a 350 MV Agusta? 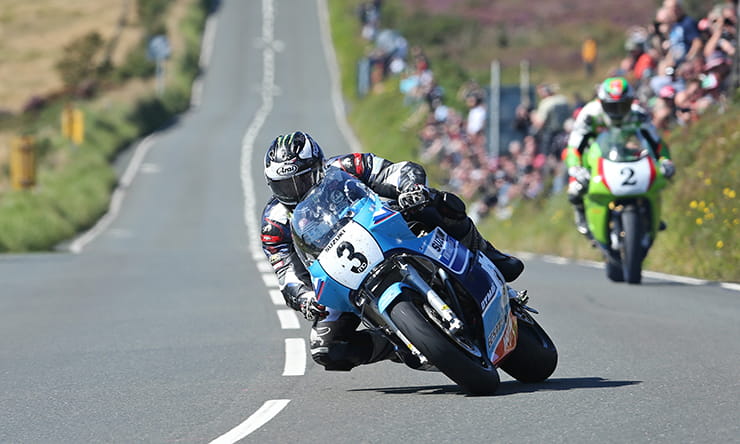 It’s strange to think that some of the machines in this race are barely a decade apart from those in the Senior Classic. But such was the rate of evolution in the motorcycle industry at that time. Gone were the research and development budgets for creating mind-blowing race machines. From the 1970s, bikes had to sell as well. And this ethos has defined racing ever since.

Last year, Bruce Anstey on a Yamaha YZR 500 broke the lap record for this class with an average speed of 127.496mph.

So, the Superbike TT is a nostalgic trip for perhaps more people than the other classes. And this year’s grid features some of the muscle and might that gripped people who followed racing through the 1980s and 1990s. These machines include 1100cc Suzukis, 851 Ducatis and a huge number of Kawasakis. Dean Harrison is the star of this show, having clinched a victory in the same class last year. He’s on the same Silicone Engineering Kawasaki this year - so let’s see if he finishes on the top step once again or whether he makes room for James Hillier on the Ducati, or Michael Rutter on the 750 Yamaha.

Watch this space and the Bennetts social media channels for updates… 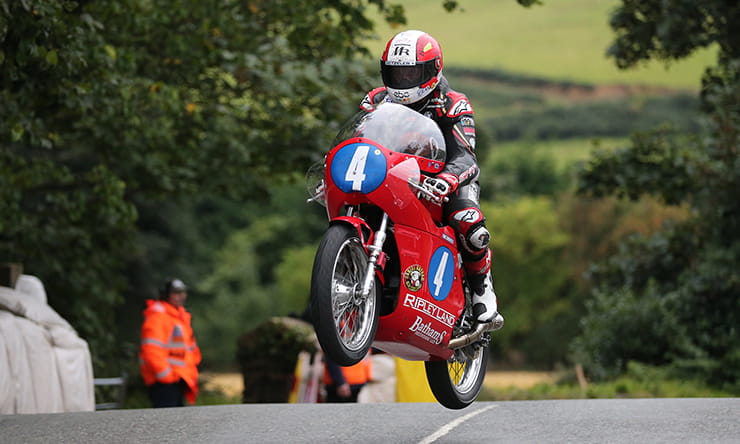