Even Gary Thompson MBE, Clerk of the Course, said: “When the Classic TT first started a few years ago, it was looked upon as a more relaxed event than say the TT.  Everyone likes to see their favourite TT rider racing around the TT Course on iconic Classic bikes.  The competitive element has now reached a more serious level and the Classic TT is now regarded as one of the premier Classic bike races in the world.  Racing an iconic Classic bike around the iconic TT Mountain Course, has to be a winning combination”.

And that’s makes for some seriously exciting action across the Classic Lightweight TT, Junior TT, the Senior and the Superbike events.

But who to watch? We’ve picked out some of the riders who will definitely be worth watching, from veterans of classic machines to two stroke rookies. 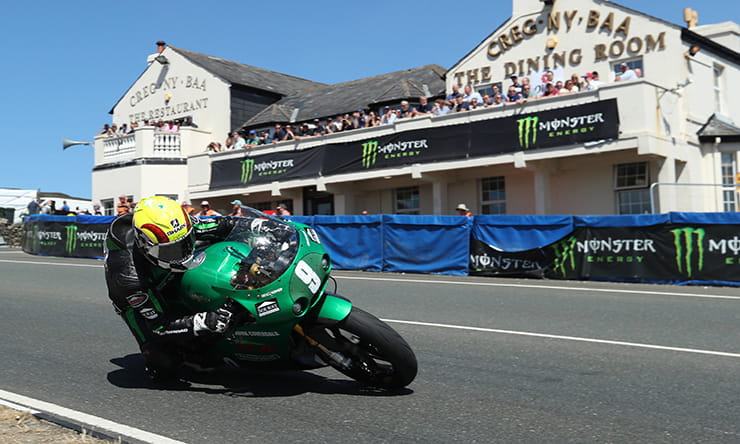 If there’s a veteran of the two stroke machine, it’s Ian Lougher - which makes him a serious contender for this year’s Lightweight classic race. The nine-times TT winning Welshman started his racing career in 1982 on an RD 400 and was soon riding a two stroke TZ 350cc Yamaha. By 1989 Lougher was racing a TZ 250cc in the Ulster GP, which he raced for a number of years. Lougher will be riding the 250cc TZ for Laylaw Racing, alongside teammate Dean Harrison, in the Lightweight TT - an event he’s very much looking forward to. He says: “It’s great riding a two stroke around here - they are proper racing machines. We went to Jurby with the 250 yesterday and Dean - who’s never ridden one before - was asking me about why it feels to have no rear grip. I explained that it’s just a different way of riding. You have a very narrow rev band on a tea stroke whereas a modern bike has a key and lots of go - the modern bikes are so much more responsive.”

For the Senior TT Lougher will compete on John Chapman’s super exotic 500cc three-cylinder MV Agusta. “I think they are one of only eleven in the world and are worth about £230,000 but I try not to think about that. I rode the same machine two years ago but it blew itself up in practice.”

“So this year we want it to finish. And it’s looking good - Chris Mahew has been working on the engine and it’s already feeling much smoother, it’s a lovely machine. And as for the two stroke - I’d rather have done it my way and learned on a two stroke and moved to a modern bike than the other way around.”

Lougher will compete in the Bennetts Senior Classic TT at 11.30 (Saturday August 25) and in the 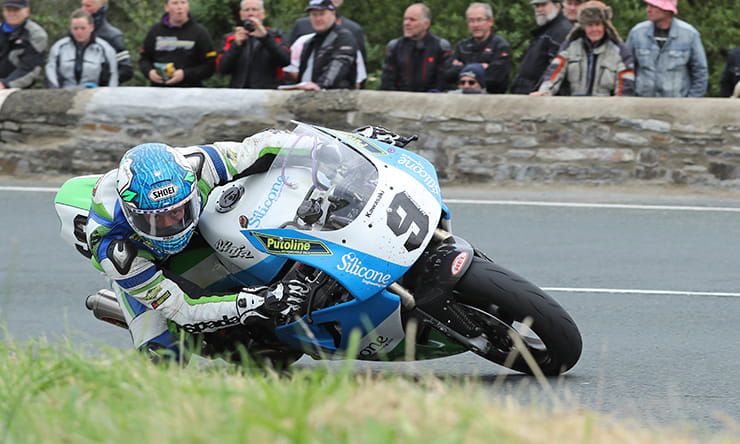 Few riders come close to Harrison as far as feistiness goes, which makes the Yorkshireman a fantastic rider to watch. Like a dog with a bone, Harrison is on pace from the second he sets off. And this applies as much to to the Classic TT as the June TT.

Last year Harrison won the Superbike race on Silicone Racing’s Kawasaki ZXR and this year he’s on the same machine with the same team. Paul Iddon, Silicone Racing’s team manager, said: “With last year’s result and dean being on such good form you’d think a victory would be a foregone conclusion but in this game - especially classic racing - you never know. These classic machines can do what they want. But if all things go well then yes, we stand a good chance.”

But then there’s the two stroke 250cc TZ, which he’s riding alongside Ian Lougher for Laylaw Racing, on which Dean has no experience whatsoever. He said: “I’m a complete virgin and I haven’t even ridden it on track yet because practice has been cancelled again. I think we need practice as much at the Classic as the TT because these are such different machines to what we’re used to. I have no idea what it will be like riding the TZ but we will see.”

Either way, Harrison will make for some nail-biting spectating. 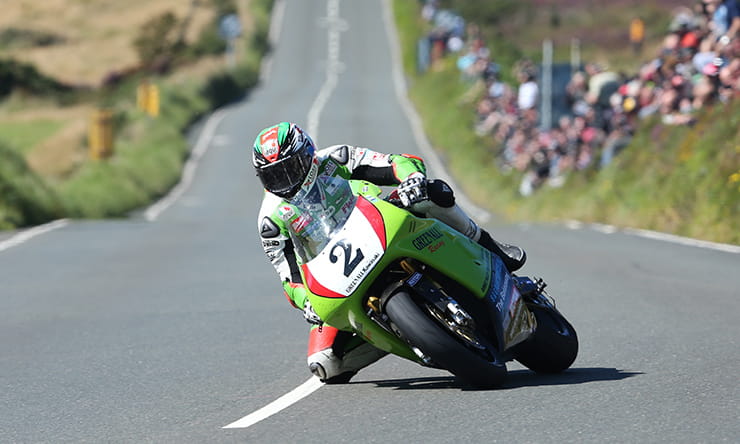 James Hillier is one of the TT’s fastest and smoothest riders. And a strong, versatile racer too. So chances are the 33 year-old CSC Racing rider will be finishing pretty high up in the rankings. Hillier will ride a 500-4 Honda for the Bennetts Senior Classic TT - a relatively small machine compared to his Kawasaki ZX10-RR, on which he finished third at this year’s TT. But that doesn’t bother Hillier. He said: “It’s got two wheels and an engine so as long as I can suss it out it’ll be fine. I broke down last year so it will be good to get to the end of the Senior Classic race. And it’s nice to sit on something different.”

Hillier will compete in the Bennetts Senior Classic TT at 14.00 on Monday August 27. 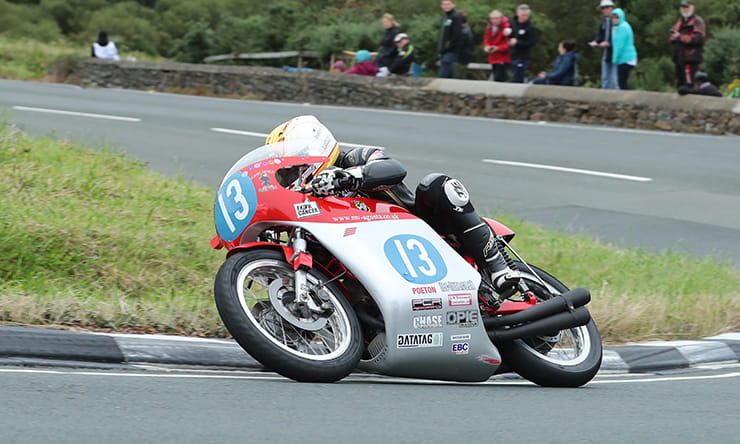 Honda factory rider Lee Johnston will compete in the Bennetts Senior Classic TT on a Davies Motorsport 500cc Honda and in the Lightweight TT on an RS 250cc Honda for Padgett’s Racing. The latter is perhaps more of a challenge to Johnston than the former: like Dean Harrison, Johnston has never raced a two-stoke before. He said: “It’s a big learning curve. The biggest difference is that there’s no engine breaking on a two stroke. But I rode it at Jurby the other day and it felt so much lighter than a modern bike. It was great, I didn’t want to stop riding! I was only supposed to do two laps and I was still going round at lap six or seven - I bloody loved it.”

Johnston’s no stranger to the speed around the IOM TT course - he finished sixth in the Superbike TT this year and second in the Junior Classic TT last year. Johnston’s had very little practice on the course on the RS 250cc yet, but given some laps the Ulsterman has as much of a bite at the podium as anyone. 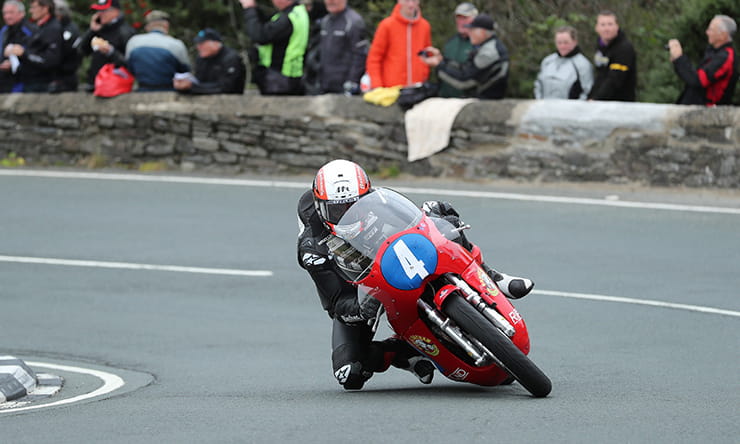 Rutter has an impressive classic racing pedigree and won the Junior Classic TT last year - alongside a whopping 17 TT podiums. His versatility as a rider, his course knowledge and determination make him a tough one to beat, so any race involving the West Midlands 46-year-old will make for stimulating spectating. 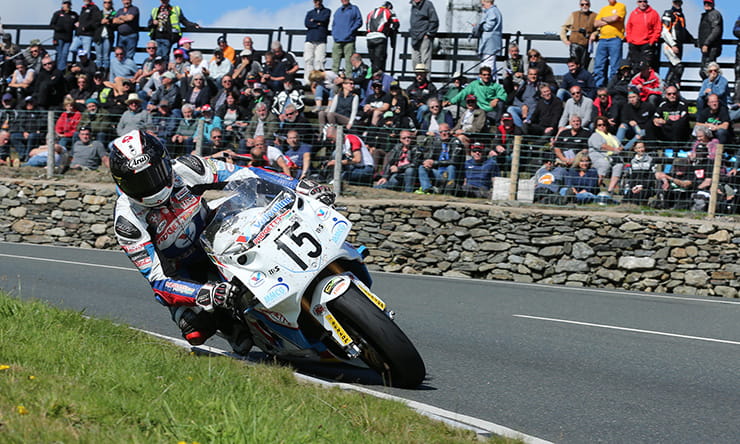 Conor Cummins is on fire this year. He finished second in the Superbike race and clinched two victories at the Ulster TT. And now, as the Classic TT gets closer, he’s itching to jump back on a machine again.

Cummins will race I the Junior TT on a 350cc Honda he built with his father, fellow racer Billy Cummins and a two stroke 500cc Yamaha for Padgett’s Racing. He said: “Padgett’s kept that back as a surprise, I was down to race the Yamaha OW01 but now I’m on the 500cc Yamaha.”

But unlike Johnston and Harrison, Cummins is used to two strokes. “I started on a 125cc two stroke so I’m fine with them,” he said. “But I love the fact I have the opportunity to ride such special machines and I can’t wait to get out there.” 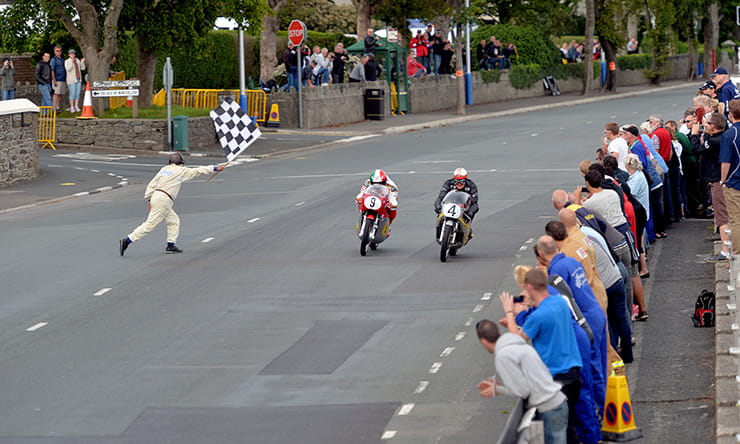 Last but certainly not least is 23-time TT winner John McGuinness who was described by Ian Martin, Guy Martin’s dad, as a man who “has the TT running through his spine.” If there’s any rider whose spiritual home is on the Isle of Man TT course, on a classic machine, it’s John McGuinness.

And this year - after two years of recovering from an horrendous injury sustained at the Northwest in 2017 - he’s relishing the chance to get out there. And what an incredible sight that will be. Among many, many commitments at this year’s Classic TT,  John will complete a tribute Mike Hailwood Comeback anniversary lap on the original Sports Ducati Hailwood rode in 1978 as well as race in the Bennetts Senior Classic TT on the twin-cylinder Paton with Team Winfield Paton alongside Classic TT Paton stalwart Maria Costello.

John McGuinness will compete in the Bennetts Senior Classic TT at 11.30am, also on Saturday August 25