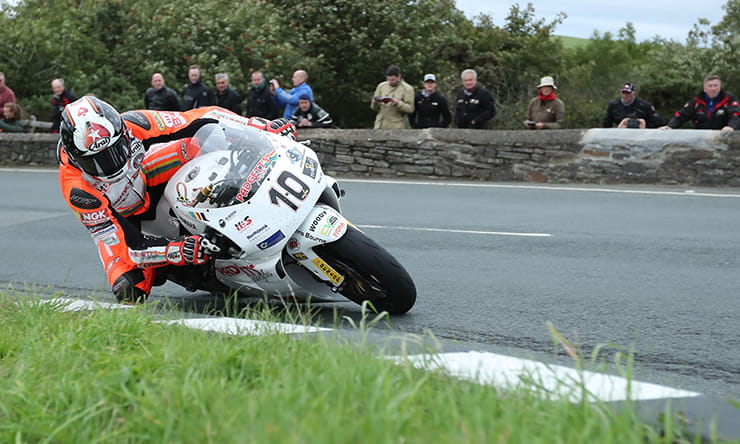 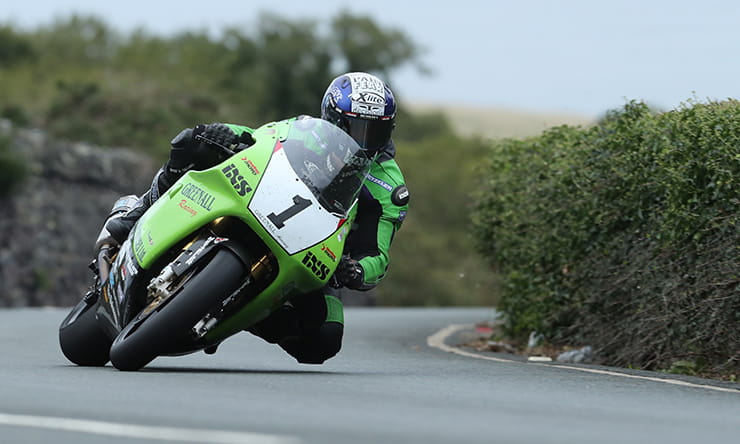 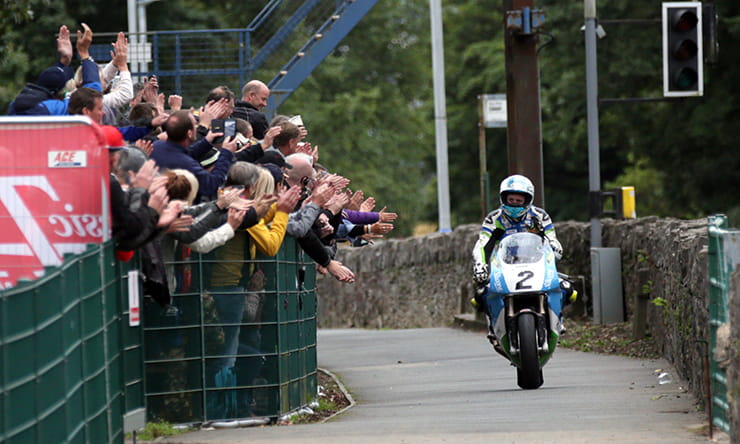 Horst Saiger will lead the RST Superbike Classic TT Race away for the second year in a row as he lines up at number 1 for the Greenall Racing team in the final, headline race of the 2019 Classic TT presented by Bennetts that is packed with the biggest names in Road Racing.

Saiger, who continues a long association with the Greenhall family team, leads a trio of Kawasaki ZXR750s away for the 4-lap race with Dean Harrison, winner for the last two years, away at number 2 for the Silicone Engineering team and Paul Jordan starting from number 3 for the Mistral Racing team.

Jordan, who rode for the team in 2018, will be joined by Michael Sweeney who starts from number 11. Sweeney replaces Derek McGee, who had been due to join the Mistral Racing squad but who has unfortunately been forced out of the event by injury for the second year running.

Michael Rutter will start at number 4 onboard the Team Winfield 1200 Yamaha with James Hillier, returning with the Oxford Racing Ducati/Louigi Moto team for the third consecutive year, next away at number 5.

19-time TT winner, Michael Dunlop, returns to the Classic TT with Team Classic Suzuki following his absence twelve months ago. He starts from number 6 and is followed by Gary Johnson for Team York Suzuki – both of whom onboard Suzuki XR69s.

Their teammates will be onboard the two other Suzuki XR69s in the top 20, with Sam West riding the second Team York Suzuki away at number 13 and Philip Crowe starting from number 16 on the second of three entries for Team Classic Suzuki. 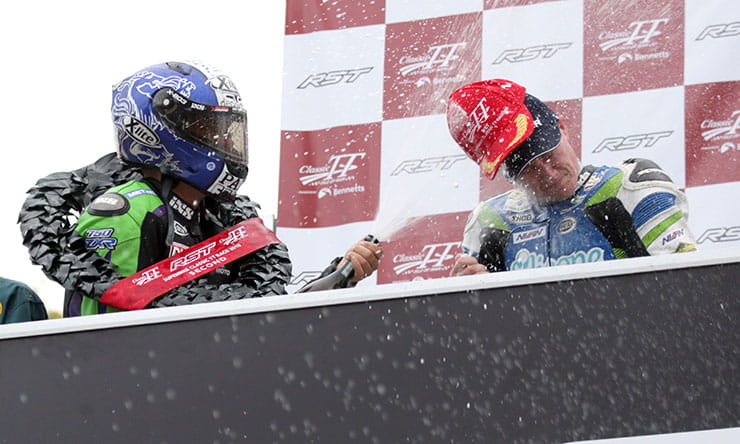 The three-rider line up for Team Classic Suzuki is completed by Danny Webb who will be riding an immaculate Suzuki RG500 for the second time at the Classic TT from a starting position of number 17.

Webb will be onboard the second Grand Prix specification two-stroke machine in the top 20, as Conor Cummins starts from number 10 onboard the Milenco by Padgetts Motorcycles Yamaha YZR500 for the second year running. A podium finisher in 2018, Cummins will be aiming to challenge the dominance of Dean Harrison onboard a proven machine that still holds the class lap record at an average speed of 127.496mph, courtesy of Bruce Anstey in 2017.

As in the modern 600 Supersport class, Cummins is joined in Clive Padgett’s team by rising star Davey Todd, who will start from number 14 on a 750cc Yamaha OW01.

Keep up-to-date with all the latest Classic TT highlights from this year’s festival and full Classic TT qualifying and race schedule here.


Don't forget if you're travelling over to the Classic TT this year, that the Isle of Man isn't part of the UK or the EU – it's a self-governing British Crown Dependency with its own parliament, government and laws. This means that you don't get automatic access to free healthcare through your EHIC card, but UK residents can take advantage of a reciprocal emergency healthcare agreement. However, repatriation is not included as part of this agreement, so the Isle of Man government still strongly recommends adequate insurance is in place.