With less than four months until the 2020 Classic TT presented by Bennetts held on the Isle of Man is due to take place, the organisers have confirmed to BikeSocial that a decision if it goes ahead or follows the Isle of Man TT and is cancelled is “imminent” and will be made “within “the next two weeks”.

Speaking during the recording of the latest episode of our weekly chat show, ‘Torqueing Heads’, due to be aired on Sunday, Paul Phillips – TT & Motorsport Development Manager – discussed the decisions made around the TT’s cancellation, the likelihood of it moving dates, how the Isle of Man would have been affected and the possibilities of the Classic TT (as well as the Manx Grand Prix, both events falling within the banner of 'The Festival of Motorcycling') going ahead.

Phillips said, “I believe a decision will be made within the next two weeks. Our own Ministers’ view is that a decision has to be made ‘by early May’. It’s imminent and I imagine that we’ll be advised shortly before the public but we have been working on the event as normal and we’ll be ready for either scenario.

“We (the Motorsport Team) have been asked up front to provide some information about various ramifications and challenges on putting that event on, but decision-making wise, it’s the Government, not necessarily our team.

“The biggy is, will the borders be open by then? And if they are what does that mean – do you still have spend two weeks in quarantine?” 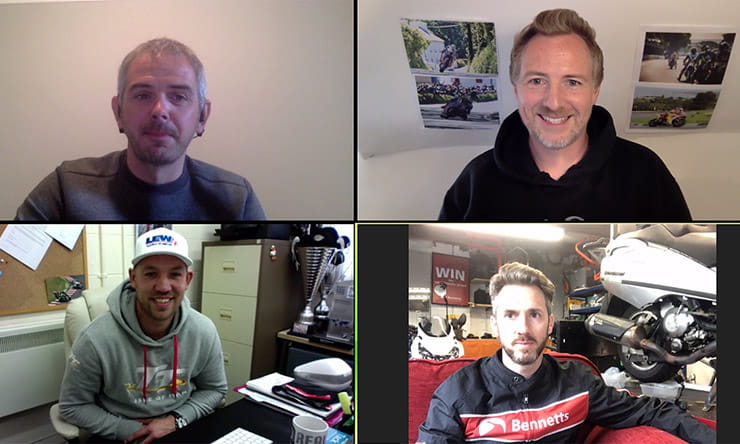 Were you involved with the decision to cancel the TT?

“The organisation that owns and promotes it is not a typical sports promoter, it’s not a commercial organisation, it’s a government department that puts the event on for purely economic reasons. But we all 100% supported the decision to cancel the TT because our infrastructure would not be able to support a mass outbreak of this virus which is why we had to act quickly with big decisions like cancelling the TT, the all-island 40mph speed limit in place and our borders have been closed for some time.

“All bets are off with what happens next. The world has changed and it’s going to change a load more. Sport is going to change completely out of the back of this and I don’t think anyone knows exactly how yet. We’ve been gifted this time to take a step back to do plenty more evaluation and research so we need to make sure we come out of this as best prepared as possible to deliver an event in whatever the world looks like next. It’s safe to say the Island will want to see the TT return as soon as possible and is safe to do so. It’s so economically important especially with the visitor economy and hospitality sector.

“The TT is full of opportunities, it’s super strong right now and it’s always been a great spectacle but now more people get to see that through broadcast distribution and through digital content and it’s got this super strong line-up of riders and teams which is super competitive. The TT races are never won by a minute any more, they’re won by seconds. We get great racing year on year and when we come back we’ll be stronger than ever.

Could the TT have run on the Classic TT dates?

“We looked at the feasibility of that, but whether or not we can run an event on the Isle of Man this year of any kind remains to be seen. On paper and even in my own head I thought we could pick the TT up and move it to a different time but there are so many different factors, and ultimately it would still come down to a discussion of cost vs. benefit and the likelihood is that it would cost just as much, if not more, to move it and the likelihood would be that it would return a lot less. We’re in a situation just like every part of the world, where there are major economic challenges but logistically, and the challenges around the medical requirements, it would become too much work, too much money and we asked ourselves, ‘what are we doing this?’, so this was ruled out fairly quickly after about a week of consideration and research.