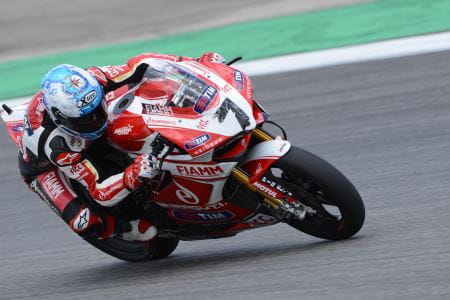 With seventeen manufacturer and fourteen rider titles to their name, Ducati are the most successful manufacturer to have competed in the World Superbike Championship. In twenty-five years of the championship existing, Ducati had won at least one race in every season… until last year, where it all went pear-shaped for the Bologna factory.

The introduction of the latest evolution of the Italian marque’s superbike, the revolutionary 1199 Panigale, didn’t go as smoothly as Ducati chiefs had hoped. The bike achieved a solitary podium in a wet race in Russia and former Ducati World Champion, Carlos Checa could only manage a best finish of sixth throughout the season.

In just two years, how did Ducati go from having both a rider and the machinery capable of taking the championship with fifteen victories to struggling to finish in the top ten?

There is no doubt about it, 2013 was an absolute disaster for Ducati with many blaming the new bike for the poor results. In some ways to blame the bike is fair, it’s not as fast as the Aprilia or Kawasaki but neither was the 1198, especially towards the end of its cycle. One thing that’s often forgotten when criticising the bike, is that at the first round of 2013 in Phillip Island, Carlos Checa took the 1199 to pole position and that’s by far no easy feat. 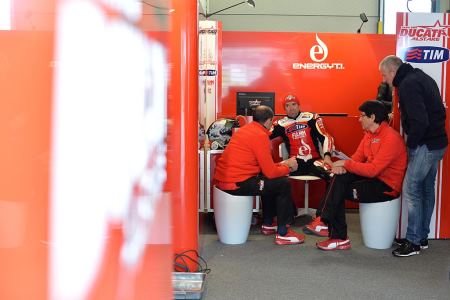 That weekend Checa went on to suffer quite the injury, crashing out of fifth place, landing heavily on his shoulder. Reports suggest the Spaniard’s injury was later worsened in an incident during a karting event ahead of the second round at Aragon. Already a veteran at forty years old, Checa had taken a serious beating. It would be no lie to say - with the exception of that pole lap at Phillip Island - we did not see Carlos Checa at his best throughout the 2013 season. At Monza, Checa elected not to ride and it was from then onwards that it began to seem like the Spaniard had given up. Therefore, when the announcement of his retirement came at the final round in Jerez, it was of little surprise.

Had Checa been in form during 2013, could he have had a better season? He probably wouldn’t have been fighting for the title but regular top five finishes and a few podiums could have been achievable. Checa’s team mate, Ayrton Badovini scored just three points less on the Ducati than he did on a BMW the previous year and in terms of results his year on the Ducati was actually better. When Niccolo Canepa stepped in for Checa at Laguna Seca, he put the 1199 in the top five in practice and qualifying sessions. It could well be that the bike was not as bad as has been made out.

Take the bike out of the equation for a moment and place the fault of Ducati’s 2013 misery at the foot of the riders. An off-form, beaten-up Carlos Checa and Ayrton Badovini, who has a record for crashing and has never really made a mark in the series despite 2013 being his fourth full season.  Would they have achieved different results on another bike?

Add to that the Italian press reports suggesting friction between the Alstare team and Bologna factory and there is no recipe for success whatsoever. 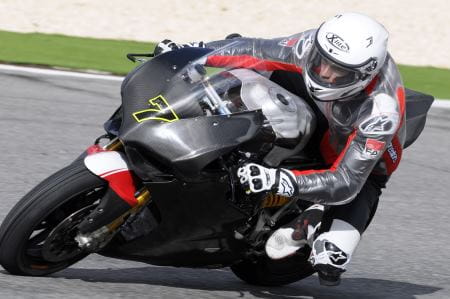 For the season ahead, Ducati will change both riders and the team they run out of; they’ve signed Chaz Davies and Davide Giugliano and also rekindled the Feel Racing partnership that saw them to many of their world titles. Both riders are young, fast, hungry for success and boast strong records in the series. Following reasonably successful pre-season tests so far, neither Davies nor Giugliano have been too negative about the bike and with the new rules hopefully reducing the advantage held by Aprilia and Kawasaki, everything seems to be in place for Ducati to improve.

If the results this season aren’t significantly better than last, with two fast riders and an Italian team they’ve worked well with before, the fault must lie with Ducati and the 1199 Panigale. With less than a month to the first round in Australia, we’ll find out soon enough…