As the season draws closer, now just seven weeks away, the World Superbike grid is starting to fill up. It’s becoming quite an interesting story too as with the introduction of the new EVO class some big-named teams have made bold moves to step into the more cost-effective set up for 2014. 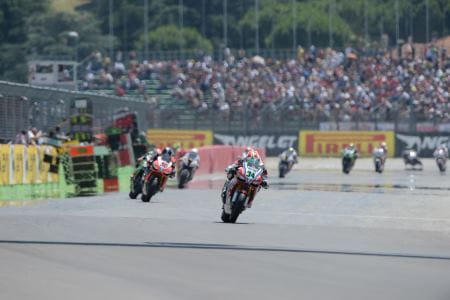 The most prominent example of this has to be Althea Racing. World Champions in 2011 with Carlos Checa and Ducati, Genesio Bevilacqua’s squad switched to Aprilia power with Davide Giugliano for 2013. While they didn’t manage to emulate their former race winning success, Giugliano did bag two podiums and a pole position on his way to finishing the highest ranked non-factory rider. For 2014 the team will see major change yet again, as they switch back to Ducati machinery and take on 2013 Superstock 1000 runner up Niccolo Canepa, who has already proven himself on the 1199 in two wildcard superbike appearances.

There are quite a few more changes coming this year too, for the first time since 2009 two new manufacturers are to join the grid. Hero EBR Racing will make history at Phillip Island as Geoff May and Aaron Yates line up on American-built Buell machinery while former Moto2 star Claudio Corti joins the grid with MV Agusta.

European Superstock 1000 Champion, Sylvain Barrier steps up to the Superbike EVO class in a one bike BMW Italia outfit. MRS Kawasaki will also join the EVO grid with Frenchman Jeremy Guarnoni. World Superbike race winner Michel Fabrizio is also EVO bound for 2014 as he joins Sheridan Morias at Team Grillini who are to switch to Kawasaki ZX10R power. 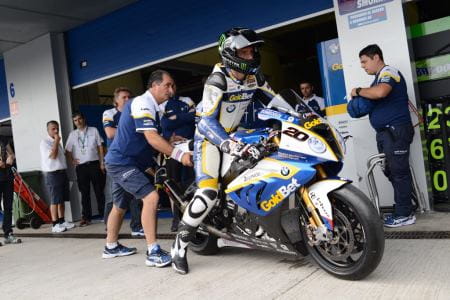 It has now been confirmed that British Superbike champion Alex Lowes will partner Eugene Laverty at Voltcom Crescent Suzuki while PATA Honda retain their 2013 line up of Rea and Haslam. 2013 Champion Tom Sykes remains with Kawasaki who also retain Loris Baz.

It’s all change for Ducati as Feel Racing take over the factory effort from Alstare who are leaving the two-wheeled world in favour of car racing. Chaz Davies and Davide Giugliano will pilot the top-spec Panigale and hopefully enjoy more success than their 2013 counterparts.

Sylvain Guintoli remains with Aprilia Racing next year and is joined by former Grand Prix star, Marco Melandri who was left without a ride following BMW’s decision to withdraw from the series. There are still line ups to be confirmed too, Pedercini Kawasaki are expected to run a three-bike outfit; the Italian squad have already confirmed Alessandro Andreozzi and it is expected he’ll be joined by Aussie Mark Aitchison while Christian Iddon is linked to an EVO ride with the team.

After a successful switch to the series at the latter end of last season, Toni Elias’ World Superbike future looks uncertain as his Red Devils team are yet to announce their plans. So far, it looks like it could be an exciting season – keep up to date with all the latest news with Bike Social.