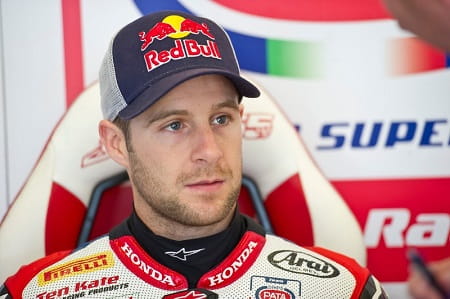 The worst kept secret of this year’s World Superbike silly season has finally been announced; Jonathan Rea will partner Tom Sykes in an all-British factory Kawasaki team in 2015.

Rea’s move ends a career-long relationship with Honda, including a run of eight years with ten Kate in the World Championship.

The Ulsterman enjoyed a strong final weekend with Honda in Qatar, securing a career-best third in the championship after beating Tom Sykes to second in race 2.

It’s long been known Rea held out at Honda in search of a MotoGP ride and despite the Japanese marque giving him Casey Stoner’s seat for two races in 2012, plus many rumours of a move to the premier class each year, nothing has materialised leaving him to switch to a more competitive manufacturer in World Superbikes.

“After three years working with Loris Baz to grow up a young talent, we will start in 2015 a new strategy, with an experienced and fully formed rider Johnny Rea” said Kawasaki team boss Guim Roda.

“We are sure he can increase the whole team performance and he will be a very good team-mate with Tom Sykes. Both have a big respect for each other, and I’m sure both guys will increase their performance, searching the limits of the Ninja ZX-10R. We expect to put on track two very strong riders next year so it is our idea try to win back the title with our two British weapons.”

Rea replaces Loris Baz in the Kawasaki outfit with the Frenchman moving to MotoGP next season with Forward Yamaha.

Kawasaki lost out on a second consecutive World Championship with Tom Sykes this past weekend in Qatar. The Japanese marque also missed out on their first ever constructors title with Aprilia taking the crown for the second year running.