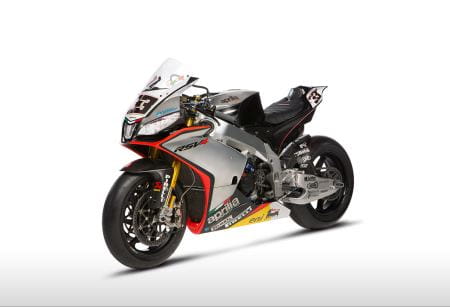 In the most radical overhaul of the livery since Aprilia’s World Superbike debut in 2009, the traditional black and red has been replaced with a largely silver colour scheme, dubbed ‘The Silver Bullet’ by Aprilia.

The Noale Factory claim the 2014 RSV4 puts out a whopping 230 horsepower, something that’s put the Aprilia a cut above the rest during their time in the series, taking Aprilia to two riders’ and three manufacturers’ titles in just five years.

The World Superbike Championship kicks off this weekend in Phillip Island.