WSBK heads to Russia as championship fight heats up 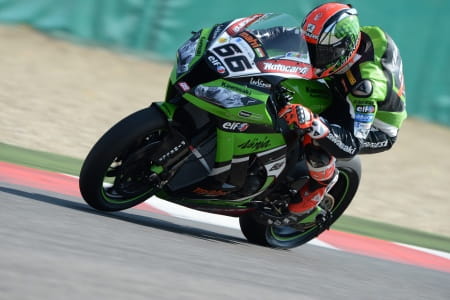 The World Superbike Championship heads into Russia this weekend for the eighth round of the season. Tom Sykes currently heads the standings from Sylvain Guintoli by seven points. The Huddersfield man is on dominant form, having taken more wins than any other rider so far this year making him one of the clear favourite’s for the win at Moscow Raceway. A win and second place from last year back up the Kawasaki man’s potential.

Guintoli will be looking to make up for lost ground after a technical fault in Italy saw the Frenchman lose the championship lead. Despite taking nine podiums, the Aprilia rider hasn’t won since the very first race in Philip Island so will be hoping to change that in Russia. However having failed to make it into the top ten at the circuit last year it could be quite a challenge.

Having mirrored Tom Sykes’ results in 2012 with a win and a second place, BMW’s Marco Melandri will be looking to kick start his championship challenge as we head into the second half of the season. Currently sitting fifty-two points behind Sykes,  the Italian has quite the mountain to climb if he’s to get himself back in the title fight for a chance to take BMW’s first ever title.

Aprilia’s Eugene Laverty can also be expected at the front, the Irishman finished fourth at the circuit last year and is second in the total-wins tally behind Sykes for 2013. Chaz Davies - who took his second ever WSBK podium at the Russian circuit in 2013 - will be keen to return to the front. Jonathan Rea will be looking for his first race win of the year on his Honda CBR10000RR having only managed three visits to the podium so far.

Many riders enjoy the twisty circuit, although with it being very narrow overtaking will have to be carefully thought out, but hopefully we’ll be in for two superb races…