Races of the Year: World Superbikes

It’s sometimes hard to understand why World Superbikes doesn’t draw the crowds in as the racing is often ten times better than anything you’ll see in MotoGP. The championship chase has gone down to the last round in World Superbikes for the last two years, perhaps the two race format helps? Whatever it is, this year there have been some truly epic races in both World Superbikes and Supersport.

World Superbikes saw seven different winners in 2013 and heading into the final stages of the championship there were just a matter of points separating the top three. While the championship battle in World Supersport wasn’t quite as close, the battles certainly were. Sam Lowes and Kenan Sofuoglu fought tooth and nail race after race. 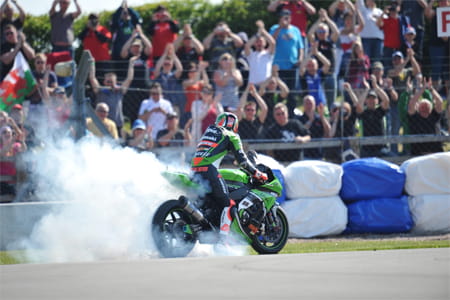 Despite the poor attendance at Silverstone, it was a fantastic year for Britain in World Superbikes. Let’s head back to Donington, in the glorious sunshine of May bank holiday weekend. We already knew we had something special in Tom Sykes after he’d missed out on the title by half a point in 2012 and put in a large number of eye-opening Superpole laps in the last year. However at Donington, Sykes made a real statement by taking his first ever double win. He didn’t just take the double win though, he took the double win, pole position and fastest lap; the ‘Gentleman’s set’.

While Sykes didn’t go on to dominate the season, there’s no doubt his Donington domination contributed to his title victory.

Another race to remember from 2013 is Assen. Renowned for producing great racing, the Cathedral of Speed certainly didn’t let us down this April as we saw Sykes and Laverty duel it out in the second race for the stop spot with the Kawasaki man finishing just 0.089 seconds behind the Aprilia.  Little did we know at that point that the World Championship title would come down to these two men, making the battle all that more important. 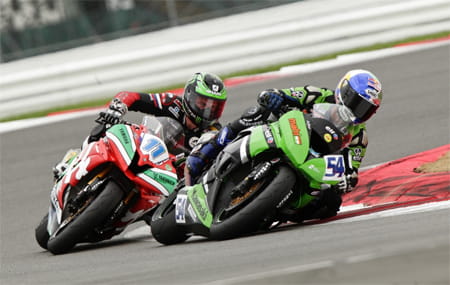 While there weren’t many people at Silverstone this year for World Superbikes, there was some pretty interesting racing in both Superbikes and Supersport for very different reasons. In Supersport, the pressure was on for Sam Lowes who had either won or come second in every race but one ahead of his second home round. He’d dominated Donington back in May taking victory by eleven seconds and now he had to do it in front of his home crowd again. Only this time, Kenan Sofougolu was determined to stop him. The pair battled throughout the race, until the bitter end. And it was a bitter end for Lowes as Sofuolgu ran underneath him at the loop knocking him from his Yamaha R6. The Brit remounted to take second, visibly gutted not to have won at home again. This sort of result would finish many riders’ championship hopes, but not Lowes, he returned to the top almost a month later in Germany.

In the 1000cc class, the Silverstone races were exciting for entirely different reasons. The first race kicked off as usual with Sykes dominating but the weather soon came into play, with the usual front runners dropping back on their slick tyres. The young-guns with little to lose took to the front seeing their chance to take World Superbike victory. Jules Cluzel led a large part of the first race before being overtaken by the more experienced Jonathan Rea, who went on to take what would become his only victory this season. In race two the weather also came into play, Loris Baz stomped to victory just as he had done twelve months previous. We all like to see the underdogs doing well, don’t we? 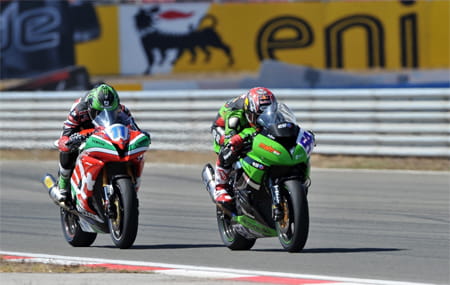 Race of the year for us has to be in the Supersport category, again with that cheeky lad Sam Lowes and his Turkish nemesis Sofuoglu. This time the roles are reversed, it’s Sofuoglu’s home round in Istanbul and Lowes needs to win the race to take the championship. As you can imagine, Sofuoglu was hungry for victory and Lowes was never going to make it easy for him after Silverstone. The pair battled hard, exchanging position on almost every corner. Then all of a sudden with two corners to go it looked as though Lowes backed off and Sofogulu took victory at his first ever home race in World Supersport. Afterwards Lowes told Bike Social it’d have been too much of a risk to fight with Kenan in the tight final section. What a mature champion?

Both World Superbike and World Supersport have been immensely exciting this season and there’s no reason for it to be any different in 2014, we for one can’t wait!