Indian round of WSBK still in doubt? 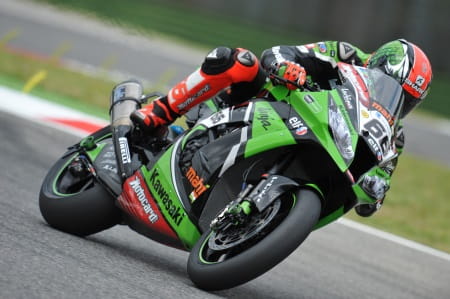 It was announced back in February that the Indian round of the World Superbike Championship (originally planned for March) was in jeopardy due to customs regulations meaning the WSBK cargo could not be shipped to India from Australia in sufficient time. Desperate to fix this, Dorna postponed the round – to be held at the Buddh circuit – to the end of the season (November) and nothing has been said since. As far as everyone is concerned, the round is still going ahead.

However whispers in the World Superbike paddock suggest the situation may not be as rosy as it first appears.  The question raised is regarding the practicality of having a long haul event as the last round of the season; if the championship is wrapped up before the last round why would teams pay to transport their entire operation to India? What’s more, even if the championship fight goes down to the wire, what motivation is there for smaller teams (who will generally have a smaller budget) to fly everything to a circuit 5,000 miles from Central Europe;  where most teams are based?

Rumours also suggest there is the small issue that some team contracts within the paddock – team personnel and riders etc. – are due to expire at the end of October as this is when the WSBK season would usually finish. While this issue is one that could be resolved quite simply, the issue of practicality still remains. Some suggest that for the round to go ahead, Dorna will have to provide an incentive to the teams that are not involved in the championship fight. The discussion rages on…