Valentino Rossi to line up for 300th Grand Prix at Mugello 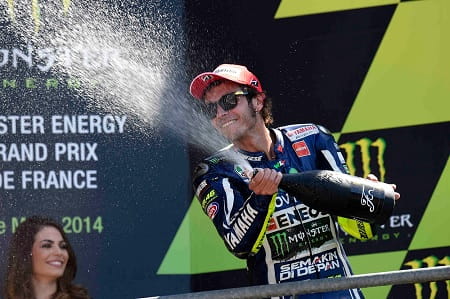 Valentino Rossi will line up for his 300th Grand Prix appearance this weekend, at the Mugello circuit right in the middle of Rossi-heartland.

In 186 of the 299 starts made by Rossi in his career so far, the Italian finished in the top three. That’s an incredible 61% podium record. He’s taken 106 victories across all Grand Prix classes in those 299 starts and stormed to nine world championship titles.

Rossi has been on the podium in 185 of his 299 starts so far, that’s an astonishing 61%! He’s taken an impressive 106 victories and a whopping nine world titles. In his day, he was simply unstoppable.

Rossi hasn’t been on winning form since a move to Ducati in 2010 saw the ‘Doctor’ suffer his worst two years in MotoGP. Moving back to Yamaha for 2013, the Doctors fortunes improved slightly but he struggled to get on the podium. There was at least one moment of glory for the Doctor last year though, as he stormed to victory in Assen with Jorge Lorenzo and Marc Marquez riding injured. 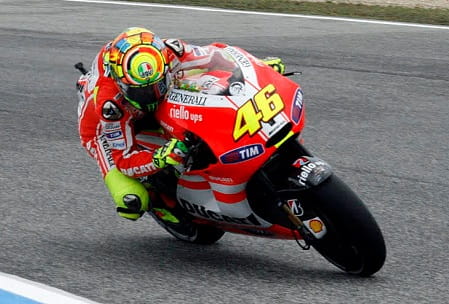 Desperate to show he’s still got it; Rossi sacked long-time crew chief, Jerry Burgess for 2014 and brought in Italian wizard, Silvano Galbusera. Many expected Rossi’s performance to be similar to that of 2013 if it didn’t decline even further, but with a cheeky smile on his face he’s come out on top. In three out of five races so far this season, Rossi has been the only rider able to get within a whisker of Marc Marquez, who has taken victory in every race so far this season. Had it not been for tyre problems in Austin, Rossi would be second in the championship standings, way ahead of his Yamaha team mate, Jorge Lorenzo.

Rossi may be able to comfortably take second place on the podium, but he’s struggling to get a win. But then again, so is everybody else. Marc Marquez is literally unstoppable. If Rossi can beat him anywhere though, it’ll be Mugello. We were prevented from seeing the Italian’s potential at his home circuit last year as he was wiped out by Alvaro Bautista on the first lap.

"I am very happy to go to Mugello. This is a beautiful track and I like it so much” said Rossi ahead of his three hundredth race.

“This is one of my favourite weekends of the season! For this reason I will try to give my best. There are always 25 points as the other races, but Mugello is a matter of honour. Jorge has won the last three years on the Yamaha, doing fantastic races, and this means that the M1 is very competitive on this track. It will be my three hundredth GP this weekend and for that I am not very happy because it means that I'm old but I'm happy because I am in good shape and I can still be very fast!”