With MotoGP testing just over a week away, former BBC MotoGP presenter, Matt Roberts puts pen to paper on his expectations for each rider on the grid this season. 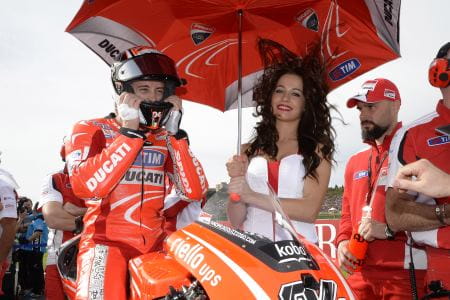 Was given the thankless task of flogging an uncompetitive and uncomfortable Desmosedici around the 18 circuits on the 2013 calendar even though he was told from the start that there would be no development or improvement to look forward to throughout the campaign. With Gigi dall'Igna now in place Ducati have belatedly found a suitable replacement for design genius Fillipo Preziosi and the former Aprilia guru needs to come up with something fast. Dovi is a consistent podium contender, if nothing else, and therefore a solid benchmark for Ducati, and Crutchlow, to measure themselves by. He will be determined not to let the Brit beat him and if Ducati can produce, so will he. Sepang test will be crucial. 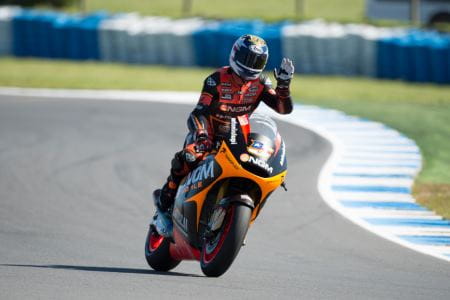 Colin Edwards turns 40 at the end of February but he still loves motorcycle racing just as much as the sport loves him. One of the best MotoGP riders never to win a race, Colin remains a valuable asset to a team like Forward Racing, who rely heavily on paddock activities and VIP packages to attract sponsors, and showed last year that he still has the fitness and ability to mix it with the youngsters. Hence the 'Texas Tornado' is back for another season and facing a massive challenge in the shape of his new team-mate, Aleix Espargaro, on an FTR Yamaha that should suit his trademark smooth and languid style. 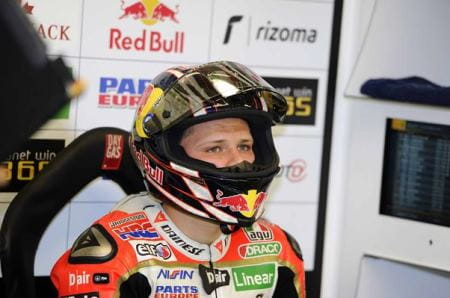 Unfortunate to injure himself last season just when he was starting to fulfil his great promise. His broken leg at Sepang came on the back of a run of nine top six finishes from the previous ten races, including a debut podium at Laguna Seca - form he resumed when making a miraculous return to action just two weeks after suffering the injury. Stefan needs to take another step forward this year and with Crutchlow likely to be missing from the battle at the front he has the opportunity to establish himself as the leading non-factory rider, ready to pick up podiums when they come available, and stake a claim for Dani Pedrosa's ride if it becomes available in 2015.

Another name on a long list of Japanese riders who have flattered to deceive in MotoGP. After winning the 250cc World Championship in 2009, Hiro's move to the top class alongside Marco Simoncelli on a privateer Honda did not work out as hoped and descended into a vicious cycle of confidence crisis meets injury meets confidence crisis. An attempt to rebuild himself in WSBK on a bike and tracks he didn't know failed miserably but some strong showings in the second half of last season on the FTR Kawasaki, such as his eleventh place at Sepang, showed glimpses of the champion from five years ago. A return to Honda with the backing of the Aspar Team could be the spark he needs to reignite his career. 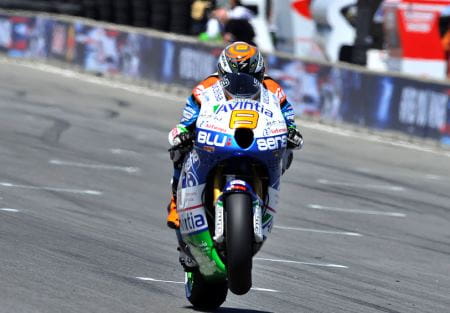 A talented racer who was always able to match the speed of the top quality riders he came through the ranks with - such as Lorenzo, Pedrosa and Stoner - but without being able to understand why. Frankly he lacks the mental equipment that the top riders possess and as such has become something of a lower level journeyman, frustrating his peers by constantly looking for tows during practice and qualifying in order to set a fast lap. Off-track personal issues haven't helped his cause in recent seasons but Hector is capable of the odd surprise and should benefit from FTR putting more resources into MotoGP this season, with their Moto3 project shelved. 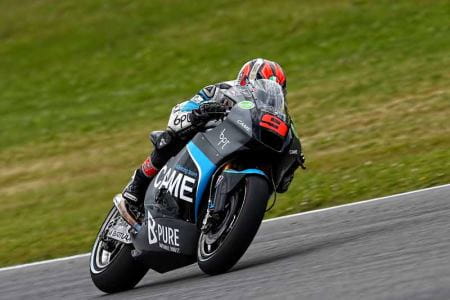 At 76kg (around 12 stones) Petrucci is the heavyweight of the grid and he produced a couple of knockout performances on the Suter-BMW last season. Consistently faster than his team-mate Lukas Pesek, who didn't manage to score a single point all year, Petrucci made the top fifteen on eleven occasions with a best result of eleventh in Barcelona. Not bad for a tubby policeman! The switch to ART machinery in 2014 will give us a better idea of his full potential. 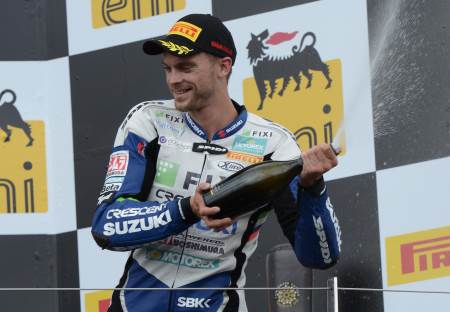 Leon has arrived late to MotoGP in more ways than one. A last-minute addition to the entry list by IodaRacing, Camier's path to the premier-class has been far more rocky than it should have been since he beat Casey Stoner to the 125cc British Championship back in 2001. Unable to secure the faith of Alberto Puig in his first attempt to break into the World Championship over a decade ago, Leon's confidence took a beating back then and it has taken a long time for him to reinvent himself. Thankfully he still has time on his side and now has the opportunity to prove to the Grand Prix paddock that he belongs there, but must show the determination and motivation that seemed to be lacking the first time. Beating Petrucci is a basic necessity. 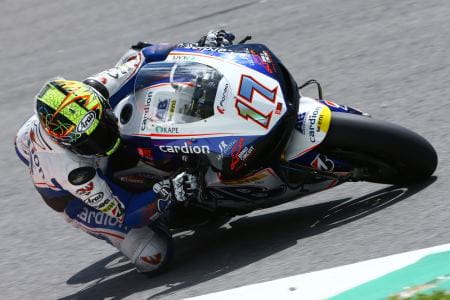 Karel Abraham has lurched from disaster to disaster over the past two years, with a string of injuries hampering his adaptation to the ART machine last season but ultimately saving his father a lot of cash on repairs! In fairness I think Karel gets a little too much stick for the 'silver spoon' treatment that comes with being the rider in your dad's team but he has talent (you can't win a Moto2 race without it) and is still only 23. Needs to slowly rebuild himself this season and should aim to be battling at the front of the 'Open' class by the end of the year. 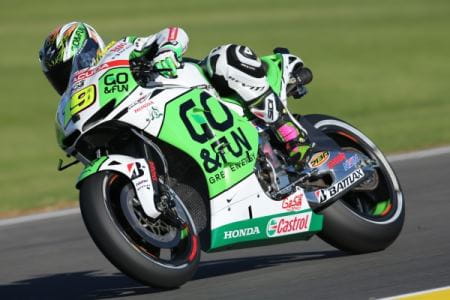 Another 'make or break' season for Alvaro, who has been on the periphery of the podium positions for the past two seasons without making a consistent breakthrough. Even taking into account that he has been the lone Honda rider on Showa suspension and Nissin brakes, the fact is that Bautista has been on factory HRC machinery for two years now without ever looking like a race winner and that makes his position precarious as the next generation come through. Seems to find his best when the pressure is on but must reproduce the good form he showed in the second half of 2013 from the first race this time around. 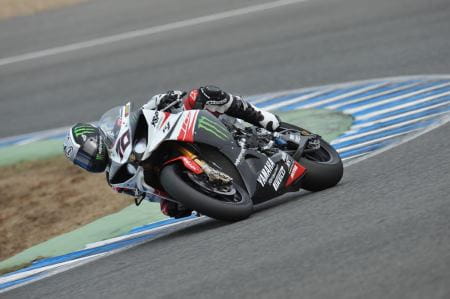 Continues a 31-year streak of Australian representation in the premier-class, but Broc Parkes will be hoping to do a little better than making up the numbers, which is truthfully little more than his compatriot Bryan Staring managed last season. Parkes brings more pedigree to the grid than Staring, as a multiple World Supersport race winner, and has prior knowledge of the majority of tracks, which will help him. However, I fear for the competitiveness of the PBM machine and 2014 could just be a straight battle between Parkes and Laverty for a place in the whimsical Paul Bird's team for 2015. 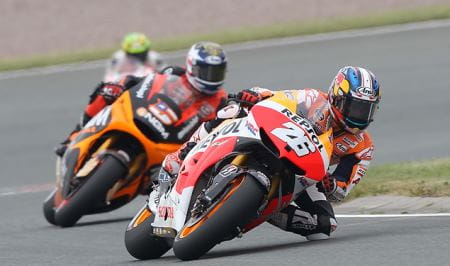 'Always the bridesmaid, never the bride': an unwelcome moniker that Dani Pedrosa may well have his final opportunity to put right in his ninth season as a factory HRC rider. Unable to fully repay the faith shown in him by Honda since 2006, often due to circumstances out of his control, Pedrosa  is at the stage of his career where he needs to either deliver or look for a new challenge. A split with long-term mentor Alberto Puig suggests that he is ready to embrace change and take a fresh approach but Dani's biggest problem for 2014 is not on his side of the garage; it is on the other. 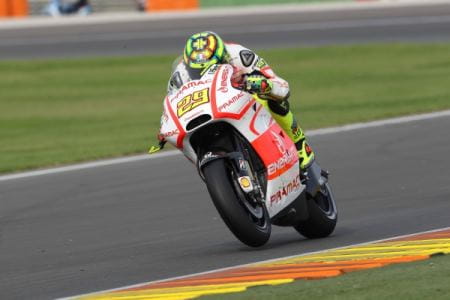 'Maniac Joe,' as he calls himself, needs to settle down and add some consistency to his results and his progress in 2014. A notorious hothead, Iannone finished third in the Moto2 class for three straight seasons before making the step up in 2013 and he has twelve Grand Prix victories to his name, but his career has been littered with rash moves and mistakes. His rookie season started with a solid ninth place in Qatar but he didn't manage to better that result until three races from the end, so consistent improvement is the key this time around.

Do you agree with Matt? or and leave a comment!