Yesterday in Valencia saw a scenario which many a MotoGP rider has had nightmares about come true - there wasn't just one #93 Repsol Honda on track, there were two.

As a reward for winning the Moto3 World Championship, HRC allowed Alex Marquez to participate in a number of demonstration laps on his brother's 2014 factory Honda RC213V. The elder Marquez joined his brother for what was twelve laps of the Ricardo Tormo circuit. 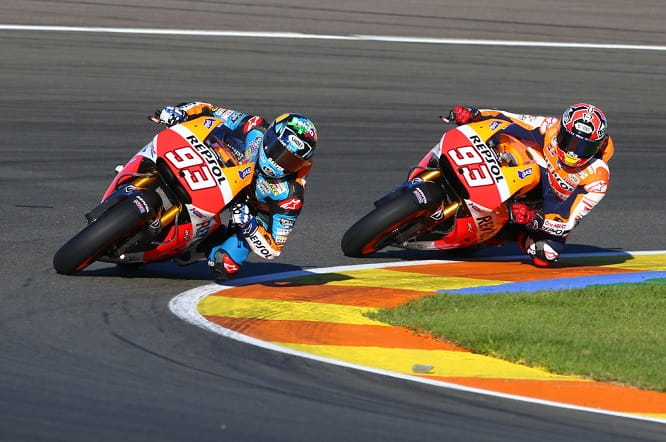 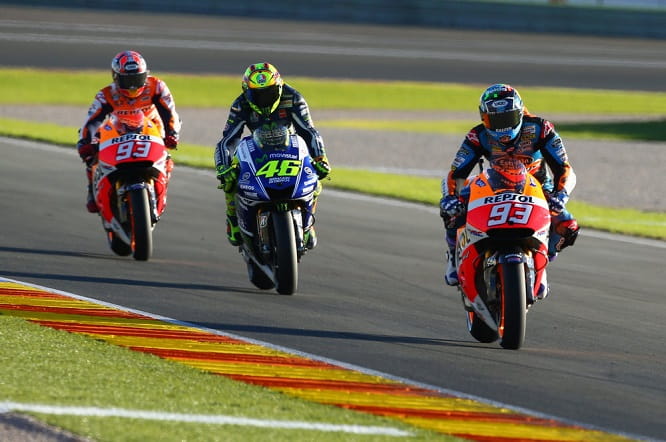 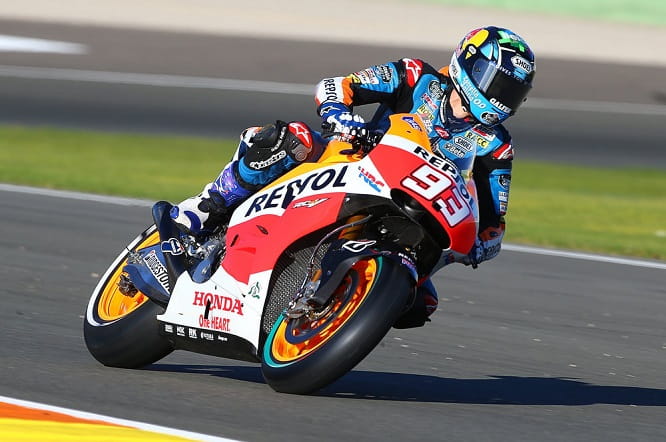 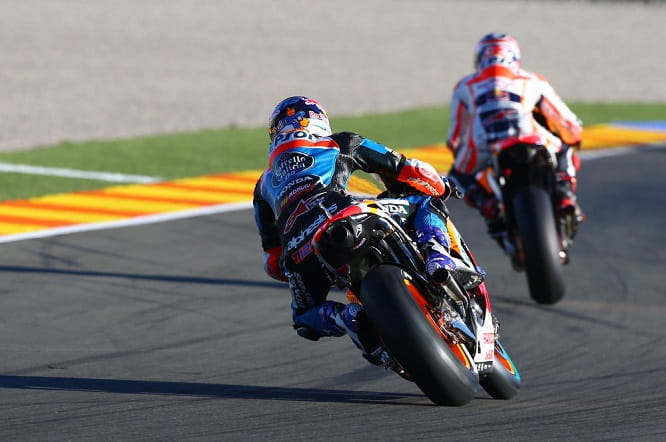