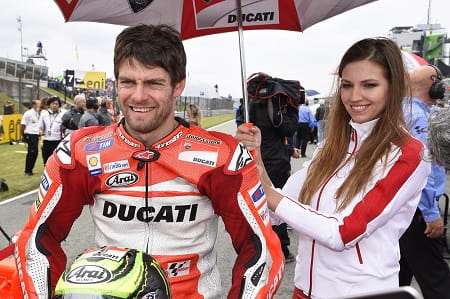 Ducati has confirmed that Cal Crutchlow will leave the Bologna factory for the 2015 season, with Italian Andrea Iannone taking his place.
A statement released by Ducati Corse reads:
"Ducati Corse announced today that it has reached an agreement with its factory rider Cal Crutchlow to terminate, ahead of time, the contract that ties the British rider to the Italian team in MotoGP for 2014 and also for next season.
The two factory Ducati Team riders for 2015 will now be Andrea Dovizioso and Andrea Iannone."
Ducati have confirmed to Bike Social that Crutchlow will continue to ride for the team for the rest of this season, despite the unclear wording in the statement above regarding  2014.
An announcement that Crutchlow will replace Stefan Bradl at LCR Honda is expected shortly.