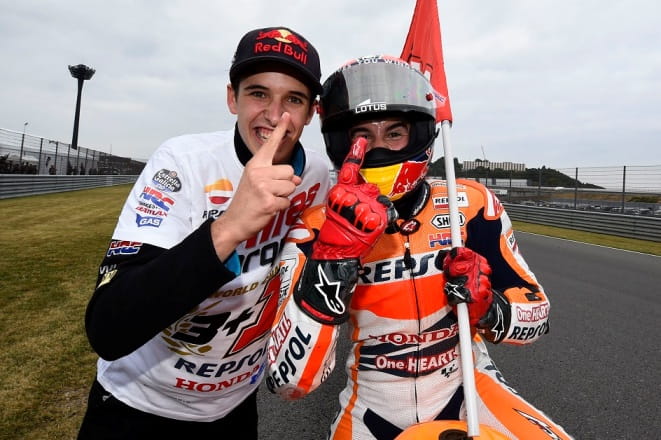 Unless you’ve clicked on this story thinking it’s something to do with a late 80’s American boy band, you’ll know by now that Marc Marquez wrapped up his second consecutive MotoGP title last weekend, his third world Championship in a row if you include his Moto2 title in 2012, and his fourth when you include the 125GP title he won in 2010.

In fact it could have easily been five World Championships in a row had he not have sat out of the last two rounds of Moto2 in 2011 with an eye injury allowing Stefan Bradl to take the crown.

However, even the boy wonder himself has declared in a past interview that his own brother, Alex, is quicker and stronger than he is. And considering the Marquez family could well be celebrating another World Championship within the next month as Alex looks to consolidate his Moto 3 Championship lead, we thought we’d take a look at what the younger Marquez has achieved so far compared to his brother and what the future might have in store. 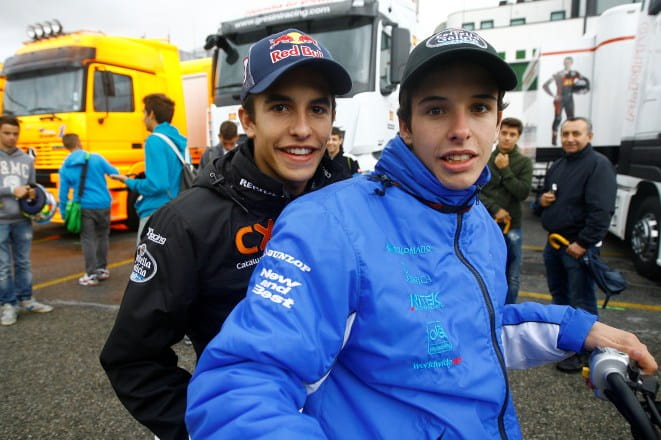 In a season full of breaking records for older brother Marc, it was the Grand Prix of Catalunya at Barcelona back in June of this year when Alex got in on the act as the pair became the first brothers to win Grand Prix races on a single day. It was Alex’s second win of his Grand Prix career.

Before the start of the season Bike Social even shook hands on a friendly bet with BT Sport presenter and former World Superbike Champion, Neil Hodgson, that Marquez Junior would take the Moto3 title. 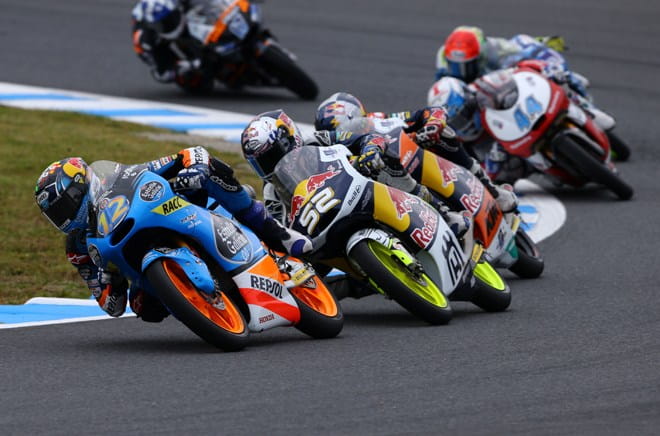 The Estrella Galicia 0,0-mounted Spaniard achieved two second placed finishes in the first five races but they were overshadowed by Australian Jack Miller’s blistering start to the season as he added a third and a fourth to three wins on board the tried and tested KTM. Meanwhile, Marquez was riding the new-for-2014 Honda Moto3 bike which took a few races to get up to speed so even at the start of the season he was slightly handicapped. Since history was made in Barcelona in June, Marquez has finished in the points in every race with two further wins and three 2nd placed finishes. He now leads the Championship by 25 points going into the final three rounds at Philip Island, Sepang and Valencia.

I was not as physically strong as him at his age

Regardless of what happens during the remainder of this season, Alex Marquez has already agreed a two-year deal with the experienced and highly competitive MarcVDS squad which sees him move up into their Moto2 team replacing Mika Kallio from 2015. Kallio currently sits in 2nd place in the championship behind team mate Esteve ‘Tito’ Rabat, as the Belgian-squads’ Kalex bikes continue to dominate the 2014 season with 9 wins from the 15 races thus far.

The move will give A. Marquez the ideal 600cc-engineed equipment to launch a first year attack on the title just like his older brother did in 2011 when, during his debut season in the ultra-competitive middle class, he won seven races.

MarcVDS President, Marc van der Straten heaped praise onto the younger Marquez having secured his signature, by saying; “Alex is an outstanding rider, with immense talent, but equally important is his work ethic. He is not afraid of hard work and that will stand him in good stead when he starts the transition from the Honda Moto3 machine he races now to the Kalex Moto2 bike that he’ll race for the next two years.”

The MarcVDS team have also secured a three-year lease on a factory-spec Honda GP bike which superstar Brit, Scott Redding, will race in 2015 and 2016 leaving 2017 available for a natural progression into the big class for A. Marquez.

Marquz Jnr. currently uses the race number 12 on his Estrella Galicia 0,0 bike in Moto3 yet his Twitter handle suggests his favourite number would be 23. His brother Marc has the option of running with the ‘1’ plate as the reigning champion yet he prefers his long-term race number, 93, which is of course his birth year. However, when Alex steps up to Moto2 next year, the 12 has already been taken by Tom Luthi and 23 belongs to Marcel Schrotter. Even 96, Alex’s birth year, is with Louis Rossi. Bike Social has learned that Alex will have 73 on his MarcVDS bike instead.

Tale of the Tape 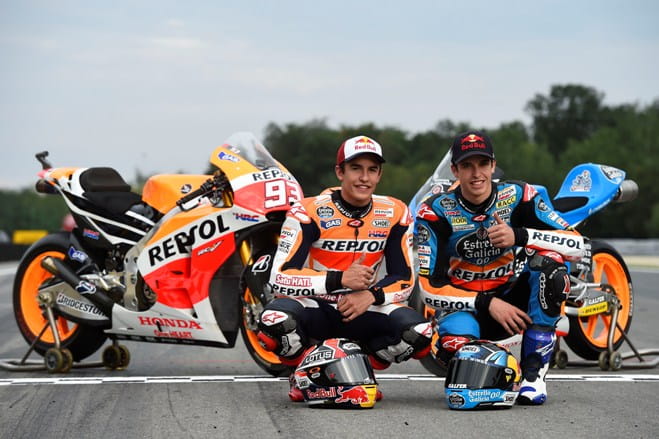 *with 3 races remaining this season

Mathematically Alex Marquez won’t be able to wrap up the Moto3 title this weekend at Philip Island even if he wins and his two rivals Jack Miller and Alex Rins don’t score. But he’ll be in a very strong position because the gap will be 50 points with only a maximum of 50 points available from the two rounds remaining.

Moto3 Championship Table (after Japanese Grand Prix, Round 15 of 18)

Can Alex match his brother's accomplishments?