MotoGP testing to get underway in Sepang 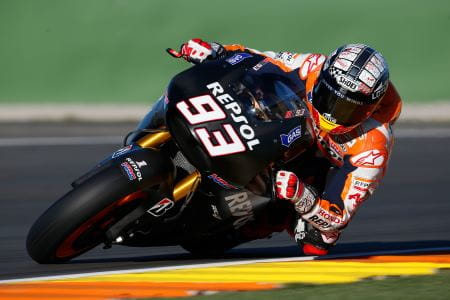 The 2014 MotoGP season is set to get underway on Tuesday as the bikes return to track after a long winter break. As usual, Sepang will host the first test of the 2014 season as fans get a first glimpse of the shape the series will take over the next ten months.

This time last year one of the biggest focal points was how Marc Marquez would fare in his first proper ride on a MotoGP bike. As became a pattern with the young Spaniard, he impressed almost instantly and as the 2013 Champion he’ll be expected to set the pace.

One thing to watch this year will be at the difference in the new class structure to MotoGP.  New to the grid for 2014 is the ‘Open Class’ and while this contains some of the previous CRT bikes, it will also welcome a new kind of MotoGP bike to the field – production offerings from the manufacturers. Honda will field four bikes in the open class, with Scott Redding in the Gresini team, Nicky Hayden and Hiroshi Aoyama in the Aspar team and Karel Abraham riding for his Dad. Yamaha will field two bikes in the class in the NGM Forward Racing squad with Colin Edwards and Aleix Espargaro while Ducati will run Yonny Hernandez on an open-spec bike.

These open spec bikes have to use the spec Magnetti Marelli ECU but will have the benefit of softer tyres and being allowed more fuel. So while these bikes are inevitably going to be down on power compared to the full-fat factory prototypes, they may have a chance of performing reasonably well. 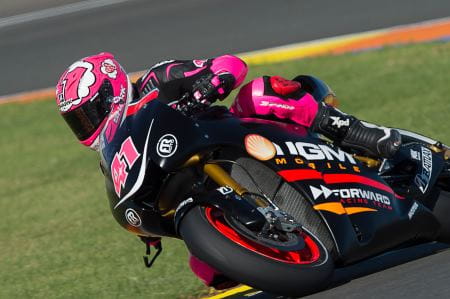 Make no mistake; you won’t be seeing the likes of Scott Redding or Nicky Hayden challenging Marc Marquez and Jorge Lorenzo but top ten finishes for the open class bikes are not inconceivable.

A lot of eyes will fall on Ducati during both scheduled tests at Sepang with the big question of how have they improved their bikes through the winter, if they have at all? With rumours the Bologna factory could run all their bikes in the open class, those present at the test will be paying close attention to which bikes are being ridden by Ducati’s pairing of Crutchlow and Dovizioso.

Will Bradley Smith be able to replicate the form that saw him set the second fastest time to Jorge Lorenzo at the post-season test last November? Another British interest is our own Scott Redding, how will he get on in his second test with the RCV1000R?

It’s last chance saloon for Valentino Rossi as he begins the new season with new crew chief, Silvano Galbusera. Can he find those elusive few tenths to challenge Lorenzo, Marquez and Pedrosa?

At the front the pressure will be on Marquez as Lorenzo will come out fighting after losing the title last year, but can Yamaha put out a package to beat the Marquez-Honda combination? With those two focusing on one another, will Pedrosa be able to succeed this year?

We’re a long way away from the answers, but next week in Sepang should give us a brief idea about some of them.