MotoGP heads to Mugello for round six

MotoGP strolls into the picturesque Tuscan valleys this weekend with the sixth round of the 2014 season set to be held at the world-famous Mugello circuit. Marc Marquez leads the championship with a 100% win record so far this season meaning a tally of 125 points ahead of his team mate Dani Pedrosa and Valentino Rossi.

The headlines are about Rossi ahead of this weekend’s Grand Prix. The nine-time World Champion will be lining up for his 300th Grand Prix and with Mugello being a circuit at which he’s enjoyed vast amounts of success in the past, he’s tipped to take the challenge to Marquez this weekend. The Doctor won seven races in succession at the Italian circuit from 2002-2008.

Rossi is on form at the moment and has been the only rider so far this season to get anywhere near Marc Marquez, who has won the opening five races. The veteran knows beating Marquez will be a tough ask, but the Honda man struggled at Mugello last year after a tough crash in practice before crashing out of the race. 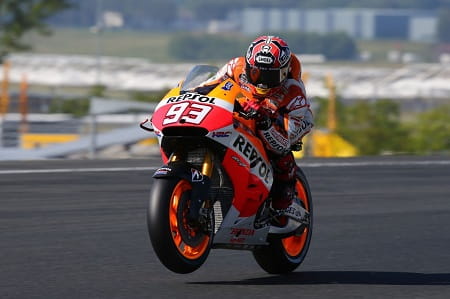 That’s not to rule Marquez out. The 2013 World Champion has shown he is above and beyond anyone else on the grid so far this season. He’s without doubt the bookies’ favourite for victory as he just cannot be ruled out on current forum.

Jorge Lorenzo has traditionally gone well at Mugello, he’s won the Italian Grand Prix for the last three years but so far this season the double World Champion has only managed to climb onto the podium once. Currently fifth in the standings, Lorenzo is a whopping eighty points behind Marquez and if previous years are anything to go by that’s his championship challenge over. We know Lorenzo has the talent and capability and maybe a win is what is needed for the Mallorcan to re-find his form, but whether he can do it remains to be seen.

Dani Pedrosa has a strong podium record at Mugello but has only won at the circuit once. Repsol Honda’s bridesmaid could go well in Italy but with an unstoppable Marquez and an in-form Rossi, it’s possible Pedrosa could lose his second placed spot in the title chase this weekend. 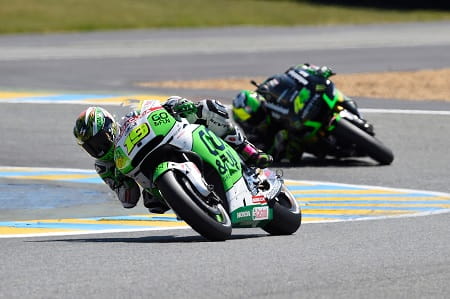 After a podium last time out, Alvaro Bautista will be keen to continue momentum after a disastrous start to the season leaves him tenth in the overall standings. The Go&Fun Gresini rider will be riding with his contract in mind, as Bike Social-backed Scott Redding continues to breathe down his neck looking to move up from the gutless Honda production bike.

Mugello marks Ducati’s home race although the Bologna outfit have had little to celebrate so far this year, still running miles off the pace of the leading pack.  Dovizioso took one of his best results last season at Mugello however, but there is no hope for a challenge from the boys in red at this stage and any hopes of a podium lie at the door of others’ mistakes.

After a strong performance last time out in Le Mans, Scott Redding will be looking to top the pack of production Hondas once again this weekend. The British MotoGP rookie is certainly making his mark on the 2014 season as he looks for a prototype ride for 2015.