Ducati have finally decided to race in the Open Class for the 2014 MotoGP Championship following successful tests at Sepang.

The decision was officially announced today, on the eve of the final deadline laid down by MotoGP organiser's DORNA.

Ducati riders Cal Crutchlow and Andrea Dovizioso along with Pramac Racing’s Andrea Iannone will run with the new Open Class rules. That means the teams can run with 24-litres of fuel instead of 20-litres, use 12 engines, instead of five sealed engines for the Factory teams, and run softer Bridgestone tyres.

Ducati say the changes will allow them to develop the Desomosedici GP14 bikes to “improve competitiveness” and to “give more freedom for development of the bike and its engine throughout the year". 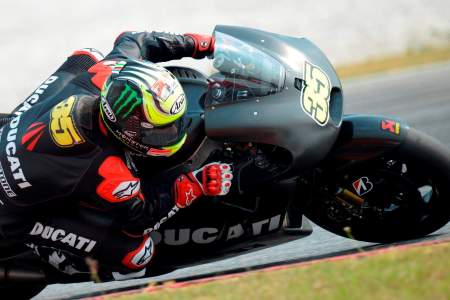 The main differences between the ‘Factory’ and ‘Open’ class, introduced this year, are defined simply by ECU software: standard software issued by DORNA is used in the Open class, whilst bespoke manufacturer programming requires Factory status. Both use Magneti-Marelli control ECU hardware.

Luigi Dall'Igna, Ducati Corse General Manager, commented: "We have carefully studied the new technical regulations and have concluded that the Open option is the most interesting for Ducati, in the current situation. This year we have to keep developing our bikes throughout the season to improve our competitiveness, and the Factory option appears to be too restrictive for our needs. We are confident that the electronics package provided by Magneti Marelli and DORNA has very good quality and will allow the correct management of all the main functions of the bikes"

Further regulation changes will take place ahead of the 2017 season but Ducati's decision allows them to further develop their bike and its components ahead of these changes.

Dovizioso completed today’s pre-season MotoGP test in Sepang in third position, just 0.068s behind a certain Valentino Rossi who was setting the pace on his Yamaha. Crutchlow finished the day in 8th place, ahead of his former Yamaha Tech 3 team, Bradley Smith. 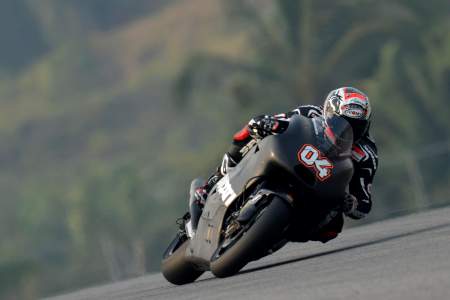 How will they get on this season, and will we see the regulations play in Ducati’s favour with podium’s on the cards? The season starts on 23rd March in Qatar so we haven't got long until we find out.