Crutchlow "disappointed" time with Ducati has come to an end 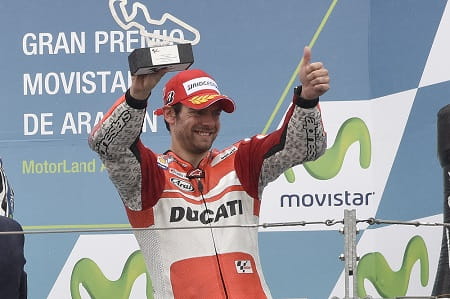 Cal Crutchlow has said it is disappointing that his time with Ducati Corse has come to an end so fast after his improved pace in the last few races.

The British rider didn’t enjoy the best of results in the three flyaway rounds but his general pace improved massively. He qualified on the front row at Phillip Island before looking set to take second in the race until he crashed out on the final lap and has shown he’s, at the very least, got the pace to run with team mate Andrea Dovizioso.

“I’m not relieved the season has come to an end because now I’ve started to find the way to ride the bike” said Crutchlow speaking ahead of the Valencian Grand Prix. “Even with the older Ducati, I’ve found the way to get the best out of that package so if we had another three or four races maybe we could have got some decent points in the bag.

“I’m ready for the end of the season, it’s been a long season, but I’m quite satisified with the speed in the last few races so if it could have carried on a little bit longer it would have been good. It is disappointing that it has come to the end so fast.” 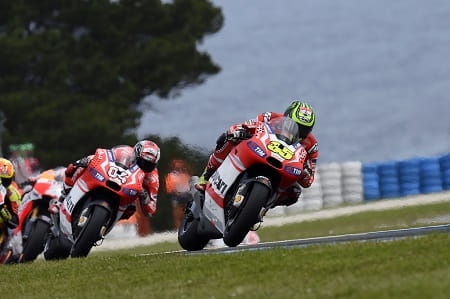 Until the recent improvements it has been a tough year for Crutchlow aboard the struggling Ducati. On Sunday he will throw his leg over the GP14 for the last time before jumping on a Honda RC213V on Monday morning after prematurely leaving Ducati in the middle of what was supposed to be a two-year contract.

“There are things I will remember about my time with Ducati. I prefer to remember the last three or four races where I have been competitive and faster but I will also remember how hard working the team are. This is the most hard-working team I’ve been with. They work until silly hours in the morning to get the best settings and it’s not just on my side either, Andrea’s crew are the same and so are the boys at Pramac. What I will take with me is that these guys are a hard working bunch and for that reason it is very sad to leave. It’s good to take away the positives, we had a podium and I have only ever had a few podiums.”

Crutchlow says he’ll be going all out this weekend to leave Ducati on a high, saying he’s got nothing to lose.

“I have nothing to lose here” he continued. “I’m not fighting for the championship; that went after about three laps of the first race. I will fight as best as possible and try my best. I was in this situation at this round last year I had nothing to fight for so I pushed for the maximum.”