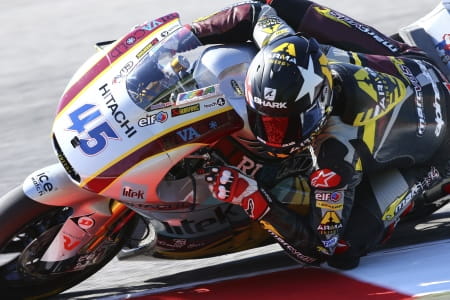 Scott Redding has fractured his wrist in a fall during Moto2 qualifying for the Australian Grand Prix. The Brit fell heavily at Turn 11 with just fifteen minutes to go and received immediate medical attention before being carried from the circuit on a stretcher.

Redding was on his feet by the time medics got him back to the paddock, however holding his arm the rider was clearly in pain.

He was taken to the circuit medical centre where a fracture to his left wrist was confirmed. Further assessment showed the fracture required surgery, which Redding will have in Richmond tonight. The Marc VDS team have confirmed he will not ride tomorrow.

Redding currently has a nine point lead in the Moto2 championship.