Moto2 World Championship leader and Bike Social supported Scott Redding finished in the points on three occasions at the weekend; securing 2nd place in a hard fought race just 0.117s behind Championship rival Pol Espargaro in Moto2 at Assen on Saturday 29th June then twice finishing in the points in the Belgian National Supermoto Championship on Sunday! 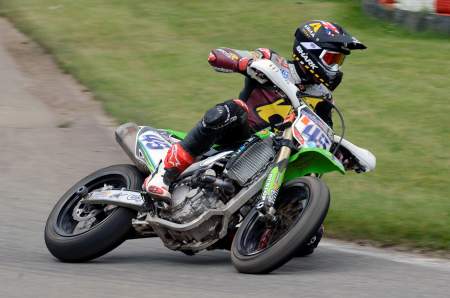 The 20 year old Gloucestershire-man drove from Assen to Spa after the Moto2 race for the inaugural Supermoto de Spa Francorchamps event for which he had practiced the previous weekend, although only the tarmac section of the circuit.

The event, which was held in aid of a children’s cancer charity, pitched Redding against the regulars of the Belgian and Dutch Supermoto Championships, as well as other guest riders such as reigning Superstock Endurance World Champion, Gregory Fastre.

Multiple Belgian and Dutch Supermoto Champion Marc Fraikin, who also races with the number 45, took the win in the opening prestige class race, in which Redding collected three championship points and qualified for the second race aboard his Kawasaki KX450F. In the second outing, which was won by Jaimie van Sikkelerus, the Marc VDS rider improved again, picking up four more points and qualifying for the Superfinale.

The physical demands of a full race programme at Assen and then a qualifying session and two races at Spa, meant that Redding opted out of contesting the Superfinale, which was won by Kevin Novelli Vieillevoye.

“The racing was fun but also hard work, especially the dirt section. Riding the dirt on slicks and then hitting the asphalt sideways with dirt on the tyres was interesting, but mega fun! After racing in Assen and then doing two races and a qualifying session today, I’m looking forward to a lie-in tomorrow, as well as some rest ahead of the next Moto2 race at the Sachsenring. It’s been a great day here at Spa; everyone I’ve met has been fantastic and, hopefully, we’ve raised a fair bit of money for the children’s charity as well.” Redding concluded. 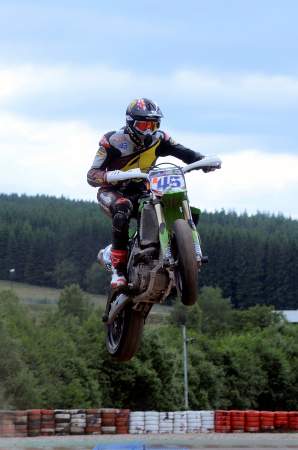