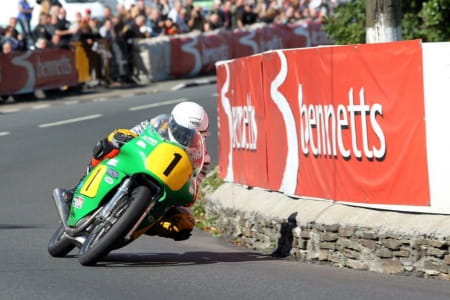 Olie Linsdell has kicked off the Classic TT race programme with a bang as he took his Paton to victory in this afternoon’s Bennetts 500cc race. First out of the blocks, Linsdell set off at an incredible pace to eventually cross the line at the end of the four-lap race by more than two minutes. The Bedfordshire star also took a new lap record, 111.660mph.

TT hero John McGuinness was forced out on the first lap of the race with mechanical issues. Manxman Connor Cummins was also a first lap retirement while Cameron Donald and Bruce Anstey also suffered technical issues with their classic machines, both retiring from top three positions. 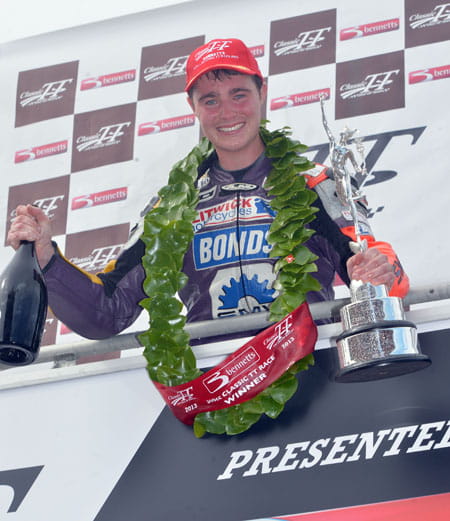 With Linsdell building a strong lead at the front, the scrap for the remaining podium positions was to be between Jamie Coward, Chris Palmer and William Dunlop. Palmer retired on lap three leaving Dunlop and Coward to settle it among themselves. Second place looked to be going to Coward but the Davies Motorsport Honda of Dunlop snuck by his rival on the final lap to finish 24 seconds ahead. Ian Lougher took fourth, 16 seconds behind Coward.

Roy Richardson and James Hillier completed the top six, from Northern Irishman Michael Dunlop took seventh, his forte being the Formula 1, in which he went on to set a 124mph lap in practice after the 500cc race. Lincolnshire’s Gary Johnston stalled on the line, losing a lot of time. After a strong race he managed to salvage 15th. 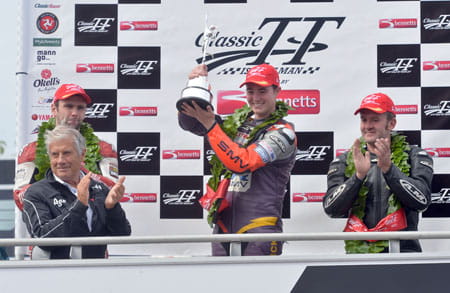 Speaking to Bike Social after the race, Olie said:"I've ridden the bike since 2007 and got a lot of experience on it - it's turned into a great machine... pretty reliable, handles lovely for a twin.  The engine is absolutely great, strong power, great curve and reliable. Brilliant bike.

"I was getting three signals through the lap: the first one on the first lap at Ramsay which said +22 seconds and I thought "well that's alright" and then on the second lap I got one that said +1.26 and I thought "oh, John [McGuinness] must have figured out how to ride the thing so I'm going to have to stick my neck out a bit now" but then the next board said +82 and I thought "thank god for that"!

"The most difficult thing about riding the classic bike compared to a modern bike is that you have to be so accurate.  If you lose a few miles an hour then you've lost that few miles an hour for miles and miles and it's so hard keeping the momentum up. You can afford to scrub off a bit of speed on a Superbike or even a 600, it's different mentally and physically." 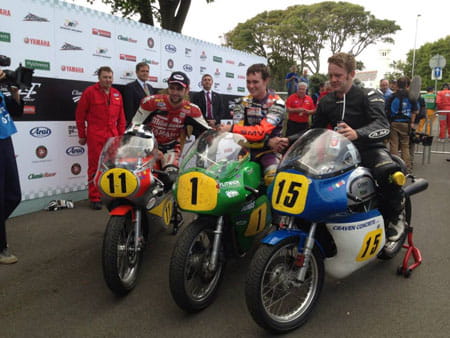 William Dunlop on a 1972 Honda 500cc said: "It was my first time on the Honda classic and I really enjoyed it. The brakes are so different, you have to be very precise, you can't afford to miss a brake point! I was a bit down on power."

Jamie Coward added: "Today's been like a fairytale. The team has been trying to get a win or at least a podium on a single cylinder for over 14 years!"

To add a comment to this article, please or !