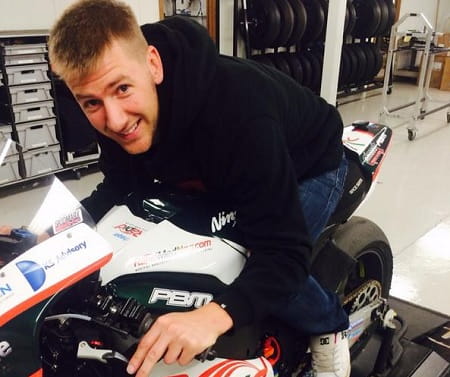 Eight time Isle of Man TT winner Ian Hutchinson has signed a deal with Paul Bird Motorsport to compete on the roads for the 2015 season.

The Yorkshireman will also compete in the remaining two rounds of the 2014 Pirelli National Superstock Championshipat Silverstone and Brands Hatch before taking on his first roads event with the Cumbrian outfit at the Macau Grand Prix.

Next season PBM will run Hutchinson at the North West 200, Isle of Man TT and the Ulster Grand Prix in Superbike, Supersport and Superstock classes.

Hutchinson parted ways with the FFX and Milwaukee Yamaha teams before the Cadwell Park British Superbike round after a tough campaign following his victory in the 2013 Macau Grand Prix.

"I'm mega happy that Paul has offered me a deal for the remainder of this year and for 2015 also” said Hutchinson. “I've ridden for the team before and we all know each other so to be joining them once again is brilliant. I was disappointed that this year didn't work out as I'd hoped, especially with having such high expectations but now I know I've got a real chance of success. The team is proven and hopefully I can get back to winning ways very soon."