Brookes puzzled by lack of pace at Brands 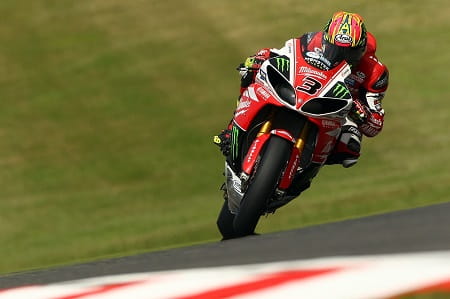 Josh Brookes has said he isn’t sure why he struggled to find the pace at Brands Hatch this weekend after posting competitive times in Friday practice.

After falling twice in qualifying, Brookes could only manage sixth and eighth in Sunday’s two races, taking a dent to his title chances with Byrne now 25 podium credits ahead of the Aussie after just five rounds.

The Milwaukee Yamaha rider has had a tough time of it in the last few rounds, crashing out of second place at Snetterton and struggled to find the pace to challenge the front runners at Knockhill.

“I am not sure why it was difficult this weekend” said Brookes, speaking after the races.

“The thing that troubles me the most is that I went faster on Friday than I have done the rest of the weekend. In second practice I did a lot of good times, consistently. The rest of the weekend I have not even been able to get close to those times and I even crashed in qualifying trying. We have had an off weekend, of course you would like to be perfect at every event, but for some reason I didn’t have a good feeling for the bike after the crash.

“I thought I would go forward in the wet second race with those conditions, but I didn’t have the confidence in the wet either. At one point I was starting to get a feeling that I could make a bit of progress and then I ran off the track when the bike slid. I then just brought it home and thought, don’t bust it here, save it for the next round”.

Brookes now heads to Suzuka to participate in the prestigious 8 hour race before flying back to the UK for next week’s sixth round of the British Superbike championship at Thruxton, where the Yamaha man will be hoping for a return of his early season form.