Kiyonari back on top with pole position at Knockhill 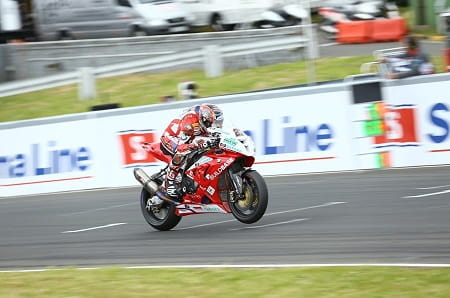 Ryuichi Kiyonari has taken his first British Superbike pole position since Mallory Park in 2010 today at Knockhill. The Buildbase BMW rider left it until the closing moments of the final qualifying session to snatch pole just 0.004 ahead of Josh Brookes.

Kiyonari had topped the first practice session on Friday but was toppled by Byrne in the afternoon session; however the Japanese rider fought back this morning to lead the pack into qualifying after the final free practice session. Starting as he meant to go on, Kiyonari shot straight to the top of the table where he remained until the end of the first session.

The red flag was momentarily brought out as Ian Hutchinson crashed out on the FFX Yamaha, but the session resumed shortly afterwards for the final nine minutes. Things weren’t looking too good for Tommy Bridewell and James Ellison, who had both struggled with technical difficulties in the morning session but both riders managed to jump through into the top eighteen to move forwards into qualifying two. Kiyonari topped the session ahead of Brookes, Byrne and John Hopkins.

It was Byrne who took charge of the second qualifying session, setting the pace with a 48.355 early on to lead the session from the start. The drama came at the end of the session however as John Hopkins, who has shown improved pace this weekend was pushed out of the top twelve by late performances from Barry Burrell, Michael Rutter and Jakub Smrz. 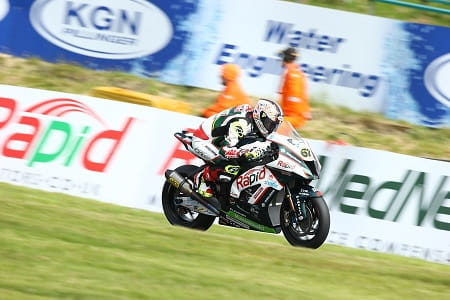 Kiyonari set the pace early in the final ten minute session ahead of Tommy Bridewell by just 0.049 seconds. The session remained fairly stable until Brookes kick-started the chase for pole with three minutes to go by setting a 48.282. Scotsman Stuart Easton fancied it at home as he stole pole from the Aussie with two minutes left on the clock as James Ellison went second knocking Brookes further back. Not having any of it, Brookes stormed back to the top of the timesheets with a minute left to go but the Aussie had no answer for Kiyonari, who’s last lap was a rapid 48.112 to take pole as he took the chequered flag.

Josh Brookes and Shane Byrne complete the front row with Easton, Ellison and Westmoreland on the second. Jakub Srmz, Chris Walker and Michael Rutter will line up on the third row with Tommy Bridewell heading up the fourth row after a three-place qualifying penalty after ignoring black and orange flags in Free Practice three.