Showdown set to shake things up in BSB? 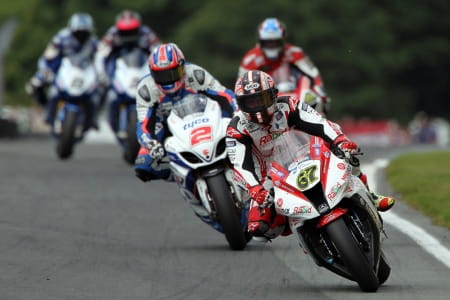 We’re now into the second half of the British Superbike season with just two rounds remaining before the infamous title fighters’ showdown kicks off at TT circuit Assen at the end of September. So far this season, there really has been one man to beat. A man who has taken nine race wins out of fifteen races and leads the championship by twenty-one points. More importantly, Byrne leads the podium credits table by twelve points – a gap that can only be equalled before the showdown with as a race win yields just three credits.

Essentially, this means Byrne could put his feed up at home and watch the next two races on TV and still be leading the championship at the start of the showdown. Make of that what you will… The positive thing is that whatever Byrne’s championship lead may be at the end of the Donington Park round, it will be reduced to a maximum of twenty-four points ahead of Assen. With several riders really gunning to beat Byrne this season, the showdown could be phenomenal.

Last weekend at Oulton Park was really the first time Byrne was beaten this season without the three-time champion making a mistake. James Ellison rode incredibly to keep Byrne at bay in the first race and Brookes did the same in the third. Byrne did manage to win the second race, however Brookes was on his tail throughout and had Alex Lowes not broken his rhythm on the last lap, he could well have passed the Kent man into Lodge. Was Oulton Park a one off or have the other riders finally caught up with the fifty-time BSB race winner? If they have, the showdown in two rounds time could certainly shake things up a bit.

Ellison has had somewhat of a rollercoaster season with decent results mixed in with a plethora of bad luck. Oulton Park is perhaps the Cumbrian’s best weekend so far this season, or it certainly would have been had he not been forced off track by Alex Lowes.  He sits a little further back than the others in the podium credits table, but writing Ellison off for the 2013 championship could be foolish.

Josh Brookes is perhaps one of the hungriest for victory this year. It wasn’t until last time out at Brands Hatch that Brookes took his first win of the season, six rounds into the championship. However, having only finished off the podium twice this season he currently sits second in the championship and has shown his strength at the showdown circuits in previous years.

If you’d asked two rounds ago, Alex Lowes would have been our favourite to beat Byrne this year. He’s been off the podium just three times this season and two of those were DNFs, he’s shown phenomenal pace this season and appeared to have grown into a real mature rider, eager to knock Byrne off his pedestal. However, at Oulton Park we saw more of the “old” Alex Lowes – a loose cannon that could either blitz the field or fall off trying. In both of Sunday’s races Lowes looked a little erratic, the move that forced James Ellison off the track was by all means harsh and Lowes then went on to bin it on the last corner out of yet another podium spot. In the second race, Lowes again looked desperate to get to the front and it looked as though he nearly lost it at the last corner again. Lowes’ ‘giving it everything’ style is exactly what the fans want; it makes great racing and looks brilliant. However, BSB’s showdown system leaves no room for hapless mistakes, should Alex have a repeat of Oulton Park at one of the three showdown rounds, it could rule him out of the fight.

With Shakey definitely confirmed for the showdown, you could put money on Lowes, Brookes and Ellison joining him however the last two showdown spaces are very much up for grabs. Currently held by Ryuichi Kiyonari and Jon Kirkham, James Westmoreland is hot on their tails with PJ Jacobsen not too much further behind. The big story over the next couple of rounds could well focus upon this battle…