McGuinness to race 500 two-stroke at Isle of Man! 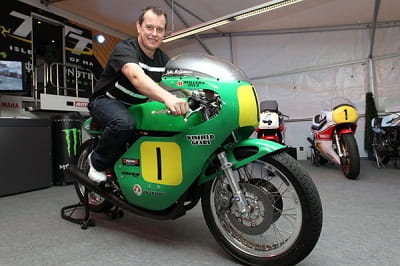 Guy Martin, John McGuinness, Michael Dunlop. TT legends one and all. Now imagine them going head-to-head round the TT course on classic bikes. Got it? Then you need to get to the Isle of Man for the Classic TT next year.

Dunlop and Guy Martin have already confirmed their attendance at the new event which was previously called the Manx Grand Prix, and now McGuinness announced at Motorcycle Live he’s joining the action on a 500cc two-stroke Grand Prix bike!

The nineteen times TT race winner is teaming up with sponsor Roger Winfield to ride an Italian BIC Paton machine in the 500cc Classic TT Race. The bike’s owner, Roger Winfield has taken five race victories at the Isle of Man with Ryan Farquhar in the Manx Grand Prix, but with Farquhar retiring, McGuinness was keen to take the seat.

McGuinness, who previously had a spin out on the bike at a road racing demonstration in Jurby, said: “Ever since the Classic TT concept was announced I have wanted to get involved and support the organisers with this exciting new idea. I love the Isle of Man and I love riding a bike around the TT Mountain Course, so getting the chance to do it on a really special Classic bike is a dream come true.” 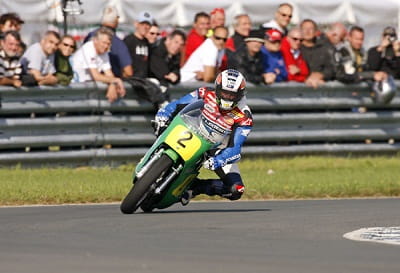 He added: “I've already had a little run out on the bike just for a bit of fun at the Festival of Jurby during this year's Manx Grand Prix and straight away I was impressed by how good it was to ride. Roger is a fantastic guy to work with and when he invited me to ride the bike at the Classic TT it was an easy decision to make.”